No Cables Needed for this New Electric Car Charging System 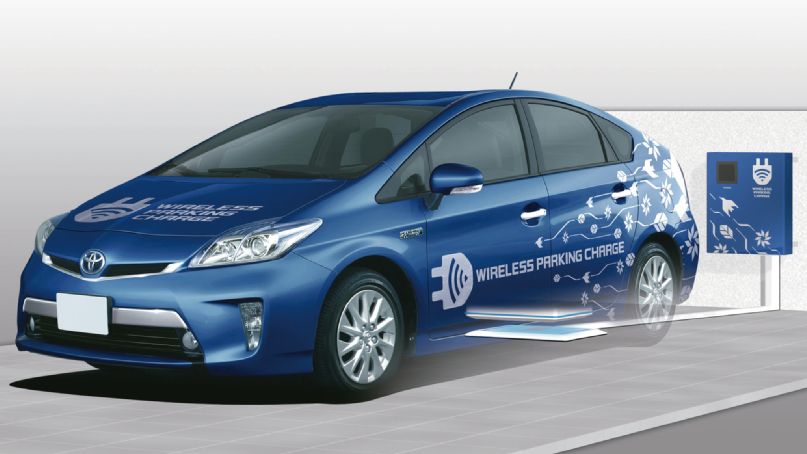 Although the company claims it has little interest in pursuing electric vehicles, Toyota (NYSE:TM) stepped away from the fuel cell this week, just for a moment, to talk up its latest venture – cable-free electric car charging.

Resonance recharging essentially involves using magnetic resonance that doesn't need be directly attached to a battery. The vehicle just needs to sit above it, like in a parking lot, for instance.

An early test is being conducted in Japan. Nissan has also been pursuing a similar technology, and in South Korea, there is a stretch of road where two buses are regularly charged this way. That system went online last year.

Although I still believe Toyota will do little to pursue electric vehicles in the near-term, this recent announcement indicates that the company is not completely abandoning electric cars for fuel cells. And the idea of wireless charging stations is rapidly becoming less of a pipe dream.

Sure, the technology is still new, but so way hybrid technology back in the 1990s. And look where Toyota is today with that. The Prius is world's best-selling hybrid. To date, more than 3 million have been sold.

How to Profit from Natural Gas Shortages
With arctic temperatures pushing natural gas supplies to the brink, investors are making a fortune. And until much-needed infrastructure is built, this will be the trend well throughout the rest of the winter.
Telecom Loves Hydrogen Fuel Cells
Cellular communications service providers need to have as close to 100 percent uptime as they can get, so backup power is an essential element in cell networks. Fuel cells are a popular choice, and their popularity is only increasing.
Big Oil's Little Secret
Energy and Capital editor Keith Kohl takes a hard look at why Big Oil is forced to spend billions of dollars each year to keep production steady, and he shows investors who is taking full advantage of the situation.