Egg Regulations and the Absurdity of Arkansas Politicians 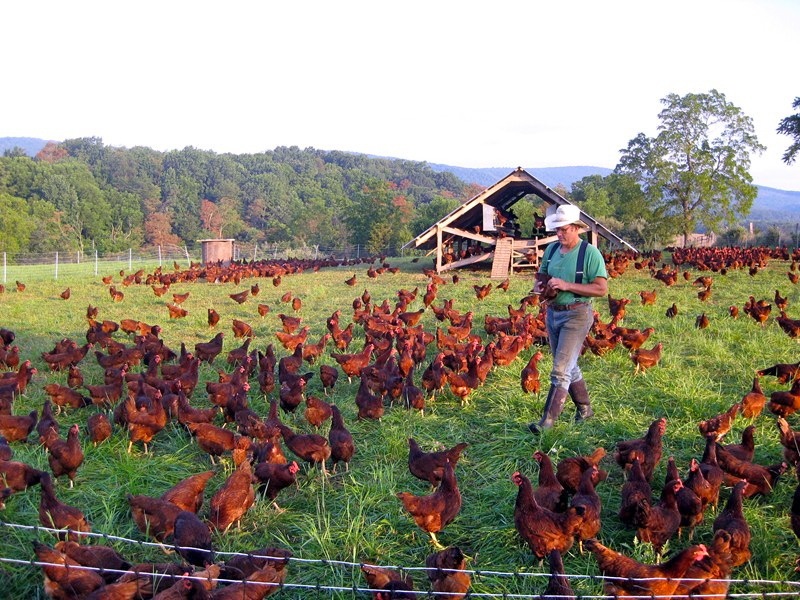 California is a land with lots of laws and lots of regulations.

It's actually become the proverbial “go-to” state for politicians who want to warn of the evils of taxation and socialism.

When these regulations were first revealed, the egg industry lost its shit. There were all kinds of grave warnings about the cost of eggs rising almost 50% as a result of the new regulations. And you know what? The cost of eggs has risen considerably. And this has affected more than those just in California.

As it is, about 20 million eggs are imported to California every single day. And those imports need to come from companies that comply with California's strict regulations.

Of course, whether or not you agree with California's regulations, the fact is, voters in that state have accepted this regulation along with the increase in egg prices. Those who live outside of California can mock or argue the morality of these regulations, but the bottom line is that this is what California decided. And if you still want to sell eggs in California, then you're going to have to jump through some hoops. Either that, or just stop selling eggs to California altogether.

Although I agree that these chickens should be treated more humanely, there is nothing stopping egg producers outside of California from maintaining the status quo and cutting California out of the supply chain.

But that would be too much to ask. You know, because California is trying to force its liberal agenda down the throats of others. Or at least that's how it's being pitched.

If you're a regular reader of these pages, you know I favor free market solutions to animal cruelty over those issued by regulatory regimes. I'm pleased to know that chickens in California and other states are now being treated a little better, but I would argue that there were probably better ways to go about it.

In any event, there are some lawmakers in Arkansas that are so fired up, they're now looking to strike back against California's evil plan of hippie domination.

As reported in agweb ...

An Arkansas lawmaker said Wednesday that the state should ban California wine as retribution for the West Coast state's law requiring egg-laying hens to be able to stand up, turn around and fully extend their wings.

The House voted 57-19 to advance to the Senate a bill that outlaws wine imports from any state that imposes a "substantial burden" on the Arkansas agriculture industry. The Secretary of the Arkansas Agriculture Department would determine what is burdensome under the bill. The Director of the Alcoholic Beverage Control Division would be able to sanction or revoke a license of a business that broke the law.

Republican Rep. Dan Douglas of Bentonville said California's voter-approved 2008 egg law has created a "nightmare" for Arkansas producers. The California Legislature in 2010 extended those requirements to all eggs sold in the state — which has barred some Arkansas eggs from cooped-up hens.

"We have to show the state of California they cannot force their standards on us," Douglas said.

And there's the rub …

No one has forced a standard upon anyone.

Egg producers in Arkansas are not forced to sell their eggs in California.

Don't want to abide by the new standards? Sell your eggs someplace else.

Also worth noting – who do you think would be hurt worse from this kind of attack?

California would feel a pinch, but folks in Arkansas would be screwed over far more. If egg producers are relying on the state to fix this problem, they're going to find themselves sitting in the corner in a year or two, wishing they had just give the customer – California – what it wanted, instead of running to their nanny. After all, isn't that how you get and keep valuable contracts? You give the customer what he wants, and you will be compensated. Pretty simple, really.

And rest assured, while Arkansas politicians fight a pointless uphill battle, there are plenty of other egg producers more than happy to fill the void. It's hard enough to keep humanely-raised eggs on the shelves. This is a huge opportunity for farmers that know how to spot an opening in the marketplace. And rest assured, even outside of California, there are plenty of Whole Foods (NASDAQ: WFM) and Sprouts Farmers Market (NASDAQ: SFM) outlets that are always looking for new suppliers that meet their own strict guidelines for egg production.

In the meantime, while egg prices continue to rise, I'm paying close to what I've been paying for years, because my eggs come from a local farm, where chickens run around happily, eating things God intended them to eat, instead of being cramped in dimly-lit industrial death camps, feeding on toxic cocktails while suffocating in their own filth.