Time to Invest in Cuba

A Socially Responsible Investment in Cuba 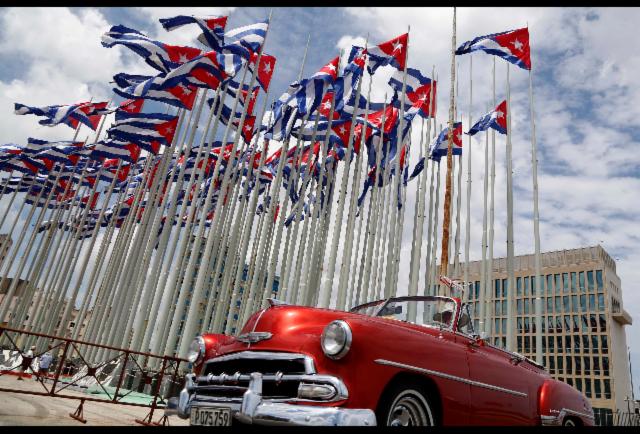 Last Friday, for the first time in more than 50 years, the U.S. flag was raised over the newly reopened United States embassy.

I know the issue of opening up relations with Cuba has been a particularly divisive one, with some politicians in Washington fighting the move to ultimately end the Cuba embargo.

While I don’t like to get too political in my updates, I do have to opine about this.

I’ve always found the Cuba embargo to be a bit ridiculous. While I understand why it initially happened, the notion that U.S. citizens cannot travel freely is one that is at odds with what the U.S. claims to be fighting for.  It's highly hypocritical.

Understand, I don’t write these words to criticize or applaud any political leader or philosophy. I write these words because I have found the Cuba embargo to be detrimental to the cause of liberty - the very thing so many U.S. politicians declare will be won in Cuba if the embargo remains in effect. Clearly there’s more than 50 years worth of historical data to prove this theory wrong.

As well, as one who believes strongly in the power of entrepreneurship and the quest to succeed both economically and professionally, I have found the embargo to undermine the very fundamentals of a free market.

From rum and coffee to cigars and plantains, there is a market in the U.S. for this stuff, but our government has put that market behind lock and key - where only those in positions of extreme power get to partake in some of Cuba’s finest exports.

To be honest, I couldn’t be happier to see relations open back up. Especially from the perspective of an ethical investor.

By opening up our markets to Cuba, and by allowing Cuban entrepreneurs to do business here, we are facilitating new investments that will allow us to not only generate wealth, but to generate good will and the opportunity for so many Americans and Cubans to rise above the rhetoric of cold war enemies as they come together to build new and vibrant markets.

To me, investing in Cuba is a socially responsible investment, and it’s one I will continue to champion. In fact, in a couple of months I’ll be heading to Cuba on a research trip, looking to uncover new opportunities for us to take advantage of. Right now, I’m focusing on organic agriculture (particularly tropical fruits and coffee), renewable energy, and quite possibly, micro-lending opportunities. I must admit, I’m very excited.

In any event, while plenty of folks will continue to debate this issue on the campaign trail, on social media, and in the news, I’m focusing on two things: Investment opportunities and the ability to create new and prosperous relationships with the good people of Cuba.