The Argument for Sustainability in Retail

The sustainable label has developed from the grouping of products made from natural materials that can all be reused, recycled, or will avoid a landfill because they are biodegradable...

To a philsophy and a business practice — one by which retailers are finding they can achieve both corporate social responsibility and increase profit margins.

At its most pragmatic, it is mainly about cutting costs — by reducing waste, selling recyclable components and reusing byproducts like rubber or plastic to create a new product.

For a large company, this can add up to millions of dollars in annual savings.

It also means positive publicity and marketability to consumers who are ever-more conscious of corporate social responsibility.

According to results from a 2008 poll from a market research firm that focuses on green economy, consumer spending on sustainable products doubled in 2008 in America alone, bringing the market value an estimated $500 billion. 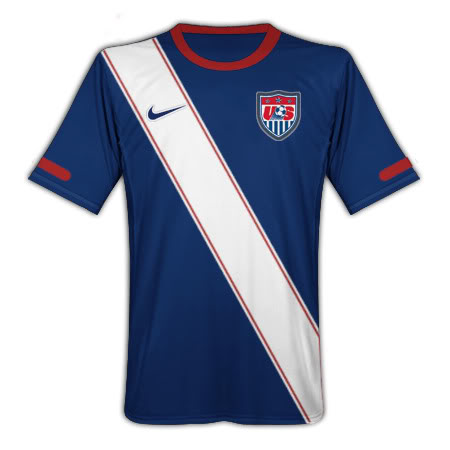 Since 1993, when the company began reusing materials from old shoes to build track sufaces and basketball courts, the sports equipment giant has been serious about reducing harmful substances in their products.

Nike hopes to one day eliminate harmful substances entirely. The design team for sustainable products at Nike is currently working on integrating pieces of old equipment and shoes into new merchandise.

Says Lorrie Vogel, general manager of Nike’s Considered group: “Our customers expect this from us… It’s not about two or three green shoes… It’s about changing the way our company does things in general.”

And as spectators the world over gather to watch the World Cup games this week, we should note that many players are wearing polyester Nike jerseys made from plastic bottles that came from rotting landfills in Japan and Taiwan. They are 15% lighter and 100% "more green."

Nike is the official sponsor of nine teams in the Cup, including my own United States.

When the big boys like Nike and Wal-Mart carry sustainable products in entire lines, it’s no longer just about responsibility and upholding a commitment to the environment…

It’s about the bottom line.

Matt Kistler, the senior vice president of sustainability at Wal-Mart, says, “If this was not financially viable, a company such as ours would not be doing it.”

Wal-Mart chalks $100 million plus in revenue from last year to the superstore’s decision to ship cargo with a recyclable variety of cardboard.

Wal-Mart has been making ambitious strides in the sustainability arena for a few years now. It is becoming a leader in ushering in a new era of supply chain environmentalism.

On deck next is Wal-Mart’s project for 2010: after surveying more than 100,000 suppliers from around the globe, the company aims to tag every product it sells with details about its production and life cycle.

Informing the customers about sustainability is as much a goal for Wal-Mart as is selling cradle-to-cradle shampoo bottles.

When sustainable products increase profit margin, reduce waste and use of harmful substances in production, and can be used in other parts of a retailer’s business, everyone wins: the consumer, the retailer, the community in which the retailer operates, and the environment.