Electrifying the World with Solar 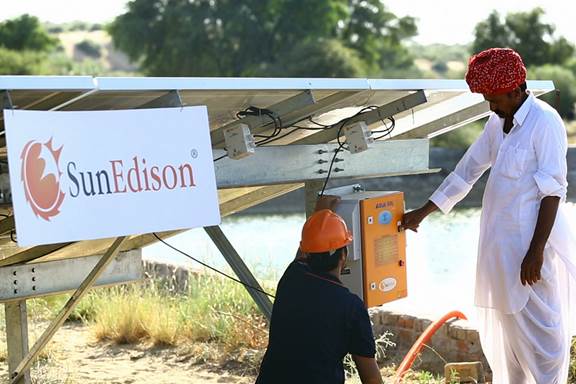 A good friend of mine is a non-stop world traveler.

He's barely missed being bombed by Al-Shabab in Somalia, he's ridden in the House of Saud's Hummer fleet, and he's had cozy meetings with South American presidents. He's raced across Mongolia in an ancient hatchback and scaled Mt. Everest three times.

He's got a life Indiana Jones would be jealous of.

As a filmmaker and photographer, he often captures images of things that are unusual to even the most seasoned world traveler.

One of my favorites was an image of a cappuccino machine in an East African restaurant. It was powered by coal fire.

He said the drinks that came from the coal-powered machine tasted no different from an electric machine, but it highlighted one of the most shocking disparities between the developed world and the developing world.

Nearly one quarter of the world lives “in the dark,” cooking over open fires and burning oil lamps at night.

1.25 billion people have no electricity. They are located almost entirely within the developing world.

Things we Americans take for granted: hot water, illuminated bathrooms, and being able to walk into a shop and pay with a credit card, are not standard amenities in a huge chunk of the world.

And the spread of electricity is growing slower than the population.

That means if the trend continues unchanged, the amount of the world with power would actually shrink. It's moving backward.

The United Nations has an initiative to make sustainable energy universally available by 2030, but the International Energy Agency and the World Bank aren't optimistic about that goal being met. It's extremely difficult and expensive to construct a grid from scratch, and could cost in the trillions of dollars.

Off-grid power solutions are necessary if the whole world is to be electrified.

Last week, SunEdison (NYSE: SUNE) announced its own internal goal of bringing electricity to 20 million people living off the grid in underserved communities across the globe by 2020. A cornerstone to this initiative is a unit called the SunEdison Outdoor Microstation. 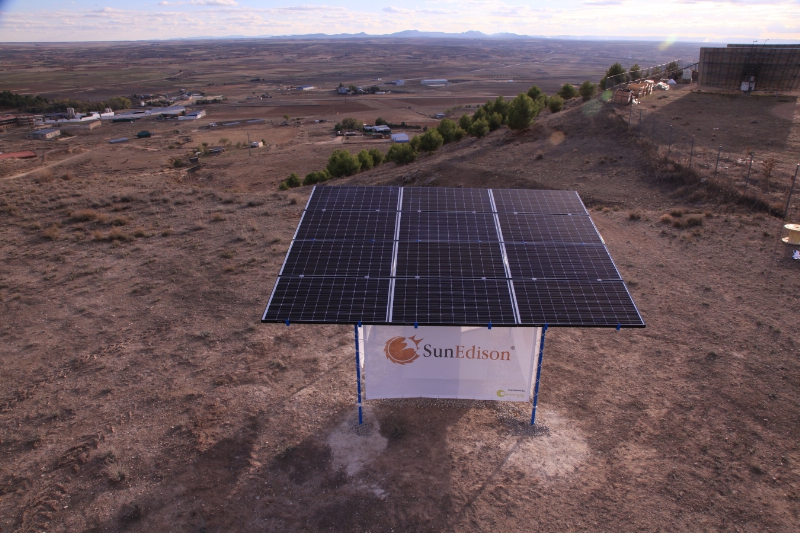 The unit, ready for deployment now, is a standalone solar power generation unit for off-grid areas. It looks somewhat like a bus stop rain shelter with solar panels along the roof, and an inverter and transformer underneath. It can be installed in less than six hours, is modular, and can operate either on- or off an existing grid.

SunEdison says the unit is ideally suited for public lighting, households and businesses, clinics and health centers, irrigation or water pumps, or retail and telecommunications.

It comes with a peak capacity of 3.4 kW, and a nominal AC output of 3,500 VA capable of 7,900 Watt hours per day. It can provide power to 25 homes for five hours a night for three days straight.

Units like this seize the near ubiquity of sunlight and turn it into energy generation for areas with no energy infrastructure. It's the ideal solution for rural electrification.