The Sun Shines Bright in Mexico

Back in 2012, the government of Mexico set a goal of generating 35 percent of its electricity from renewable resource by 2024.

At the time, it was assumed that hydro would take the lion’s share of this renewable energy integration. But in less than three years, solar costs have plummeted so dramatically that now a number of analysts believe that more investment will be funneled into solar than anything else.

Of course, it doesn’t hurt that Mexico has a fantastic solar resource. I actually spent a summer in Cuernavaca back in 1992 and got more than my fair share of vitamin D from an unrelenting sun.

According to a GTZ report, it would only take 0.06% of the Mexican national territory to be sufficient to generate the overall electricity consumption of Mexico. The solar potential is just that good. 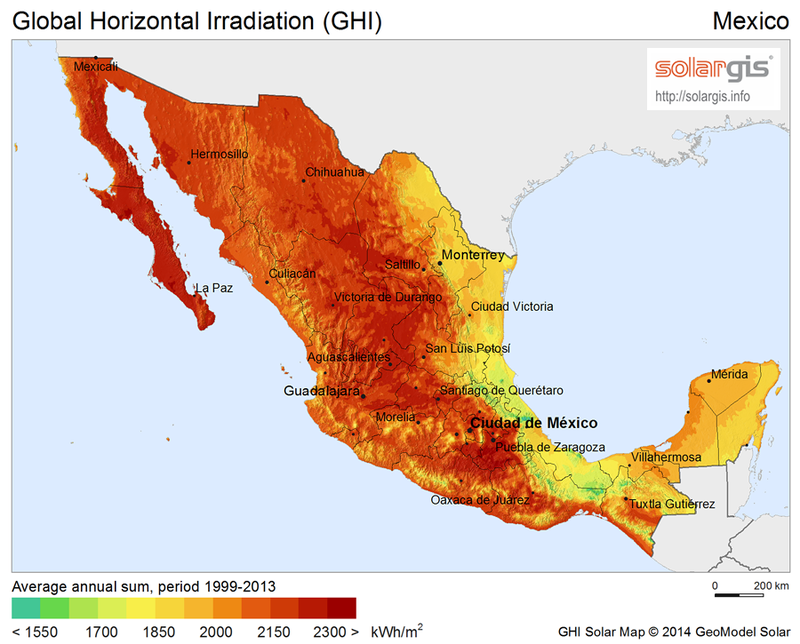 Going forward, this impressive growth will continue. In fact, it’ll actually dwarf what we’ve witnessed over the past two years. And cost is the main factor for this.

So last week, it was no surprise when I read that solar behemoth SolarCity (NASDAQ: SCTY) had acquired one of the biggest commercial and industrial solar developers in Mexico, ILIOSS.

Here’s a snippet from the press release …

Mexico’s combination of high electricity rates, favorable solar economics and massive solar resources makes it one of the most promising solar markets in the world. As a combined entity, SolarCity and ILIOSS expect to be able to allow many commercial and industrial customers in Mexico to pay less for solar power than they currently pay for electricity. GTM Research expects commercial and industrial solar deployment in Mexico to increase more than 1,000 percent between 2014 and 2020, with more than 1,000 megawatts installed in that timeframe.

SolarCity’s acquisition of ILIOSS is unlikely to be its last acquisition in Mexico. The Mexican solar market is primed for growth, and SolarCity is wasting no time capitalizing on this reality.