PaxWorld Continues to Up the Ante 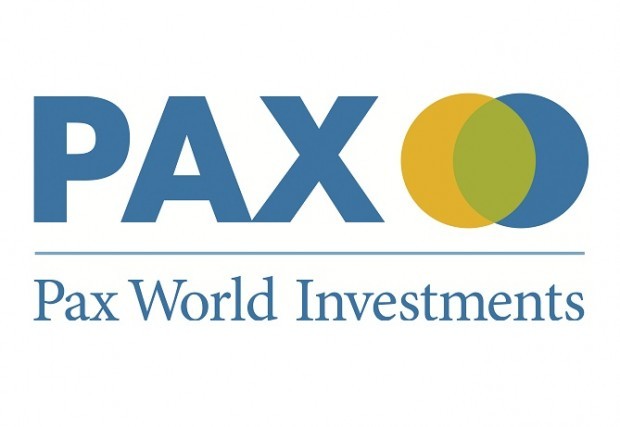 The infamous chemical, along with other colorfully-named “agents” were sprayed over 12,000 square miles of Vietnam to act as an herbicide and defoliant. From 1961 to 1971, the chemical was used in vast quantities to kill plants, which included both the crops that fed the Viet Cong, and the thick jungle vegetation that made the conflict so perilous for American forces.

Agent orange proved to be so toxic that hundreds of thousands of people were sickened and killed by it.

Dow Chemical, which produced both agent orange and the incendiary napalm was seen by many as a war profiteer. Among a string of protests against the company, Harvard University's newspaper, the Harvard Crimson, said Dow was “guilty of war crimes and partner to genocide.”

Religious institutions, likewise, assumed humanitarian stances that opposed both the war and these war profiteers.

But churches did not have a place to invest their money according to these humanitarian beliefs.

This is how Pax World Investments came to be.

According to the mutual fund's folklore, co-founder Luther Tyson was serving as director of the Department of Economic Life for the Board of Church and Society of the United Methodist Church in 1971 when he received a letter of inquiry from a member of the church in Ohio.

The letter asked if there was anywhere to invest that specifically avoided war-related industries.

There were no mutual funds that did so, so Tyson along with Jack Corbett and Tony Brown, launched the Pax World Balanced Fund (PAXWX) with $101,000 worth of assets.

The fund would, according to Brown, “Allow churches to invest their money in harmony with their message.”

It was the first SRI (Socially Responsible Investing) fund in the United States.

It was well ahead of the SRI space as a whole, and it rode in on the wave of mid to late-60's activism. It wasn't until 1984 that an SRI fund launched in the UK (Friends Provident Stewardship Trust) and it wasn't until 1986 that Canada launched its first (Ethical Growth Fund).

Today, some 43 years later, PAXWX has just shy of $2 billion in assets under management, consisting mostly of large cap companies, and it's well-suited for the environmentally-conscious investor.

As is the custom of socially responsible funds, Pax World funds utilize environmental, social, and governmental (ESG) “screens” to determine if an investment is acceptable. It weighs these with more straightforward economic assessment to find the worthiest properties.

The environmental factors Pax World considers include a company's air and water emissions, its recycling and waste reduction, its use of clean energy and its energy efficiency, its contributions to climate change, and its environmental reporting and disclosure.

It also has a list of social screens that cover workplace conditions, product integrity, and contribution to the community. Its governance screens include executive compensation, shareholder rights, and corruption.

They take a more pragmatic stance on alcohol. While many SRI funds ban alcohol-related industries outright, Pax is not opposed to investing in beverage manufacturers, as long as they promote responsible drinking and are transparent.

They also do not take a firm stance against animal testing. The fund says “In many countries, animal testing on drugs and healthcare products is still required by law. If a company does engage in testing on animals, Pax World seeks those which, for example, have policies and programs designed to avoid suffering, support alternatives to animal testing, have declining amounts of animal tests and provide adequate disclosure regarding the amount of testing performed and guidelines for animal care.”

Defense and weaponry, gambling, and tobacco are all banned.

Pax lost all its founders to old age, and with the changing of the guard, there was apparently a weakening of its ethical resolve.

In July 2008, while the SEC was conducting a routine audit, it found Pax hadn't actually been sticking to its screens, and ended up slapping a $500,000 penalty on the group for investments it made between 2001 and 2006.

According to the New York Times, the SEC found at least 10 securities in the Pax World Growth Fund and High Yield Fund that violated the negative screens Pax World outlaid in its prospectus. The fund managers had apparently bought six securities that Pax World had already screened and banned., while the other four weren't screened at all.

The fund didn't contest the charges, and paid off the fines.

Since that time, it has ratcheted up its screens.

In spring 2014, Pax World announced PXWGX had divested all its fossil fuel holdings. This was the second of its funds to get rid of all of its fossil fuel investments. The first was its Global Environmental Markets Fund (PGRNX) which shifted to a fossil fuel-free portfolio. In 2013, Pax World announced that it was taking steps to fully offset the carbon emissions of the Pax World Global Environmental Markets Fund (PXEAX), which is already a fossil fuel-free portfolio and will now become carbon neutral as well.

This was ostensibly the next step in a broader move to reduce the carbon footprint of its funds, which it announced it would do, beginning in 2013.

Ethical retooling aside, funds managed by Pax have held up quite well. PAXWX, the oldest SRI fund in the United States, offered a return of 16.34% last year, 10.01% over the last five years, and 6.1% over the last ten.

If you want to go with a pioneering name in sustainable investing, Pax is the place to look.