Community gardens, rooftop gardens, and window farming have all become common practice for many people that desire fresh herbs, fruits and vegetables, but live in urban areas where space is limited.

Within the past year, urban farming practices have not only grown in popularity; they have expanded into full-fledged rooftop farms. 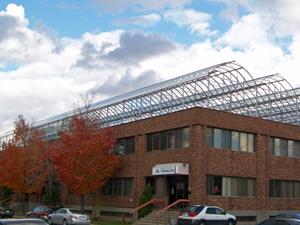 While the obvious benefit of rooftop farms is the produce yielded, they also work to soak up rainwater and reduce the heat island effect.

According to the EPA, heat islands are built up areas that are hotter than nearby rural areas.

Restaurants in particular have jumped on the rooftop farm bandwagon, providing fresh produce for their menus, at the same time reducing costs and their environmental impact.

For example, Uncommon Ground in Chicago is the first certified organic, 2,500 square foot rooftop garden in the U.S.

But the farmers who procure Uncommon Ground's crops are not limiting themselves to only growing fruits and vegetables...

And thanks to a few people with a vision of healthy eating, consumers in Montreal will be able to purchase produce from a commercial scale rooftop greenhouse year round.

“The economics of food today forces us into compromises,” said Lynn.

“If I'm shipping things 2,000 miles, all along the way I'm increasing the handling of the food, affecting its taste, its freshness. It's a long food chain. My children don't know what a true tomato tastes like.”

“Our goal simply is to be a neighborhood food source and raise the bar on the issue of traceability. We think it's important that people know where their food comes from, that they can say, 'Yes, I can see where my food is grown. It's grown right over there.'” 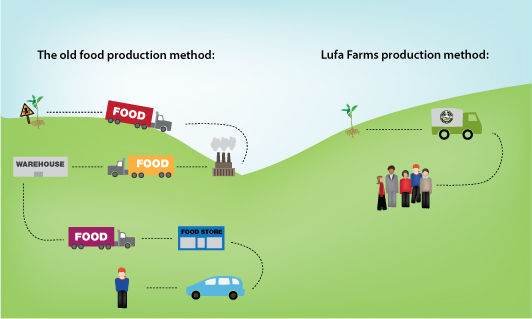 The farm is specially designed to be lightweight but durable enough to withstand the rain, snow, and temperatures of a Canadian winter, as well as provide the optimum environment for more than 25 varieties of vegetables and plants.

And it does so without using pesticides or herbicides of any type.

The farm also incorporates many energy and sustainability features, such as collecting rainwater for use on the farm, recirculating irrigation water, and providing an energy-saving shield to the office building below.

Planting is scheduled to begin in January and the first crops will be harvested in the Spring of 2011.

Approximately 150,000 square feet, this greenhouse aims to be the source for about 2,000 households and will allow people to purchase produce via a subscription system.

Lufa Farms is not limiting their vision to just Montreal... They are actively looking for building developers to partner with in Quebec, Ontario, and even in the Northeastern United States.

So be on the lookout for news about Lufa Farms and rooftop crops coming to an area near you.