50 Million Tons of Waste Unaccounted For

Potentially toxic “frack water” is continuing to make its way into Pennsylvania's rivers and streams, according to a new AP report.

“Fracking” (a nickname for hydraulic fracturing) has been an energy buzzword this year as more areas are opened up for natural gas exploration.

The process involves drilling a mile or more below the earth's surface and blasting a pressurized solution of water, sand, and chemicals to fracture the rocks below and release the natural gas.

The drilling companies have maintained the fracking process is safe, and the chemicals used would not do any significant harm to the environment.

However, the process creates a tremendous amount of wastewater which contain both fracking chemicals as well as heavy metals. In most areas, the wastewater is disposed of in deep underground wells.

Pennsylvania's geology, however, makes that approach expensive and difficult, so companies process the wastewater in treatment plants instead. 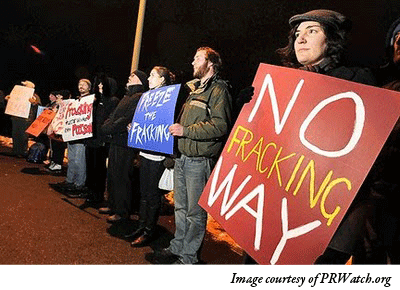 What distresses many of Pennsylvania's citizens is the fact that treatment plants only partially treat the wastewater, then discharge it into nearby rivers and streams.

Pennsylvanians get their drinking water from these same rivers and streams.

And some of those fracking chemicals — which some companies have heavily guarded for some time — can be carcinogenic in large doses.

According to state records, 3.6 million barrels of wastewater were treated and emptied into rivers from June 2009 to June 2010...

More frightening still, due to incomplete data from drilling companies and a weak reporting system, almost 50 million tons can't even be accounted for!

Pennsylvania has already had settlements with several less than scrupulous fracking companies.

In the meantime, several companies have taken to recycling as much of the wastewater as possible.

Atlas Resources, the biggest driller in the area, is recycling 100% of wastewater in the produced in the first 30 days of operation, where “flowback is heaviest.”

The EPA has finally undertaken a study to determine exactly how damaging the treated wastewater is to water supplies, which should be released by the end of next year.

In the meantime, in the face of public outcry, the industry stands steadily by the practice.

"In some respects, it's better than what's already in the river," Al Lander, president of Tunnelton Liquids, boldly told the AP. His treatment plant discharges water into Pennsylvania's Conemaugh River.

And that is perhaps the most disturbing thought of all...