The Return of Fukushima 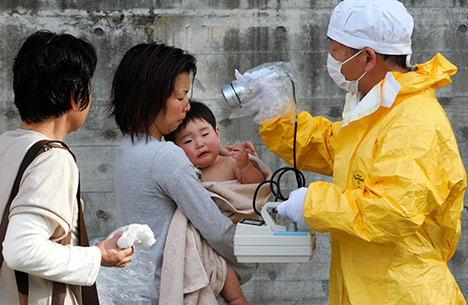 This was the subject of a brief conversation I overhead between three energy traders who work in my building.

While waiting in line at Chipotle, the boisterous trio of thirty-somethings were trying to figure out which country would be next in line for a massive nuclear meltdown.

As morbid as this is (particularly because the banter was peppered with hearty laughter), it's really not a bad question to ask.

Who is next? Because if you think Fukushima was the last meltdown, you're kidding yourself.

As I've written in the past, Fukushima was not a nuclear crisis because nuclear power is unsafe. It was a crisis because of human error. Sub-par safety procedures and poor logistical planning were to blame, not the splitting of isotopes.

The problem is, there is no human or group of humans capable of stopping acts of God or acts of ignorance. Both are out of our control, and both have been responsible for every nuclear power accident we've ever had. Whether it's full-blown meltdowns like we saw in Fukushima and Chernobyl or “minor” safety violations and “low-level” leaking risks, utilizing nuclear power to light and heat our homes will always be a very dangerous activity. And it will always be at risk of catastrophe.

Although I didn't join in on the nuclear conversation this afternoon, I have been giving this some thought.

Even after the Fukushima disaster, most folks still don't take meltdown threats seriously.

The article notes that on Sunday, one reactor at the plant was automatically shut down after a glitch.

Glitches are for high-definition televisions and toaster ovens, not for nuclear power plants!

We also recently got reports that a “low-risk” worm was removed at a hacked South Korea nuclear power plant.

Folks, there's no such thing as a “low-risk” anything when you're talking about someone hacking into a nuclear facility.

As humans, this lack of responsibility regarding nuclear power utilization should be alarming. Yet it's not. So does that make me an alarmist? Maybe it does. But doesn't the threat of another nuclear meltdown demand an alarm?

In any event, while we can't control the actions of the arrogant and foolish, we can at least invest in alternatives to nuclear power. And in 2015, solar is the way to go.

If you only invest in public companies, SolarCity (NASDAQ: SCTY), Vivint Solar (NYSE: VSLR), and SunEdison (NYSE: SUNE) are solid choices for 2015.

Outside of those, in many states, an investment in your own solar power system can actually reward you with a positive ROI over the course of anywhere between six to twelve years.

Either way, whatever you think about nuclear power and solar, one thing is for certain …

If your solar panel has a “glitch,” you won't have to evacuate.