Damage to Natural Environments Likely to be Irreversible

The report found that human impact such as pollution, overexploitation, and deforestation are the cause of damage for the planet’s most vulnerable ecosystems, including coral reefs, lakes, and the Amazon rainforest.

The report has led the UN to warn that the damage was likely to worsen to a point of being irreversible.

Fragile ecosystems are life-sustaining environments, but they too have tipping points. Beyond these points, the balance of climate and food chain within certain ecosystems faces permanent damage.

In fact, three such tipping points have been identified in this latest report. According to the UN’s findings:

This report — based on scientific assessments, reports submitted by governments on their respective nations, and a study on the future of biodiversity — is being published as one of the milestones of the UN's International Year of Biodiversity.

Furthermore, it serves to make an interesting — and important — argument that biodiversity should take its place at among society’s concerns, including hunger, poverty, and health care.

Protecting and preserving biodiversity worldwide would not only help tackle these issues, but at a bargain price — compared to what governments are paying to bailout financial institutions as of late.

Attempting to regulate land consumption and fishing, increased trade, and the growth of human population could help stunt the harmful damage that mankind has imposed on these fragile ecosystems.

Expanding protected areas and national preservations and setting stricter guidelines for pollution control are among the UN's outline of approaches to avoid further damage to these ecosystems.

These and other strategies to tackle the loss of biodiversity across the planet will be discussed at October’s United Nations meeting on biodiversity in Japan.

We at Green Chip have talked about the significance of natural capital in these pages.  Publisher Jeff Siegel has covered the topic in detail. 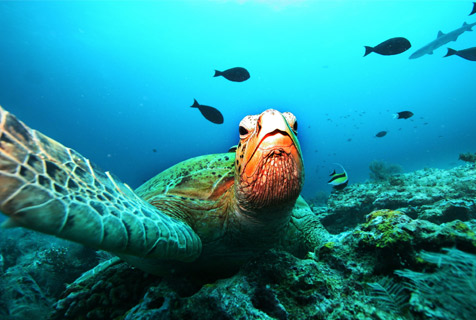 Jimmy Mengel wrote a piece in February which detailed a new report from the Economics of Ecosystems and Biodiversty, which highlighted the benefits both commerce and the environment would reap if they could find a way to peaceably coexist.

In Jimmy’s words: This isn't one of those altruistic, pie-in-the-sky approaches to sustainability. It's no longer a black and white, environmentalist organization versus business issue. When we collectively begin calculating the benefits and value of the natural world, the only colors we'll be seeing are shades of green.

This latest report from the UN is alarming, yes... The notion that we have imposed irreparable damage on species covering the planet should at least be enough to trigger a gut-check.

Protecting and preserving natural resources, already fragile habitats, and biodiversity should be a concern that extends much higher up on the chain of Save the Whales t-shirt wearing, college-aged petitioners to politicians and world leaders.

For as you’ve read today and in past Green Chip articles, the benefits are many fold: in business, commerce, and in tackling issues of poverty, hunger, and health.

You can continue reading about this topic in the Global Biodiversity Outlook3 report.