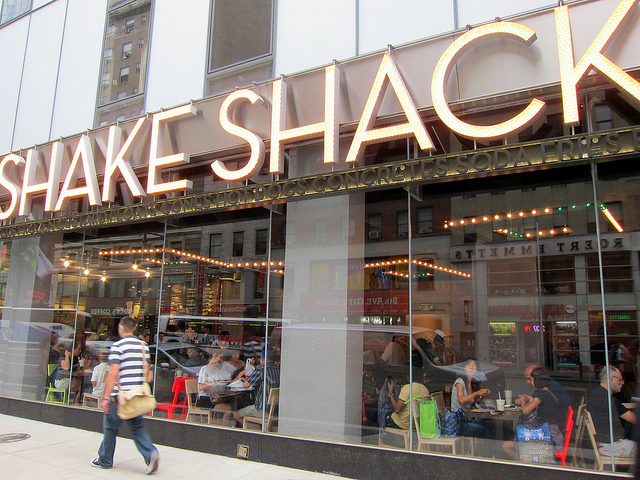 Morgan Stanley analysts gave a big thumbs-down to Shake Shack in a recent client note, saying that the stock is simply overpriced.

While a powerful emerging brand executing on all its early commitments to its investors, [the] stock is overpriced, in our view, potentially reflecting both technical market dynamics as well as 'brand'-related optimism that is not supported by fundamentals.

1.) Only 5.75 million shares are trading out of a share count of 37 million.
2.) More than 2.5 million are being sold short
3.) Media hype over the IPO has died down. And this was definitely a high-profile IPO. It was marketed brilliantly.

Last week, I told you that if SHAK kept falling, the next level to watch would be $54. It has broken below $54. With continued broader market pressure, SHAK could be well on it’s way to breaking below $50.

Bottom line: The stock continues to be overvalued, but at the right price, I’m definitely a buyer.

As a side note, there was a piece this morning in Business Insider entitled: Shake Shack just launched a Chick-fil-A killer — and it looks amazing

First of all, this was a pretty sad attempt at taking the focus off the Morgan Stanley downgrade. Second, this simply isn't true.

Chick-fil-A is very much like a cult company. The food isn’t particularly mind-blowing, and certainly the restaurant isn’t bending over backwards to find high-quality sourcing for its ingredients. But its customers are some of the most loyal you’ll ever find. 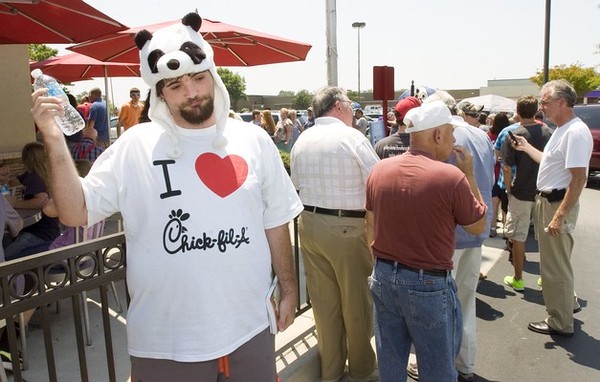 One reason is that a lot of folks actually like the food. There are a bunch of people in my office that come back to their desks at least once a week with a Chick-fil-A sandwich and a side of waffle fries.

The second reason is more the result of social identity, which was put on full display a few years back after the restaurant battled a major PR headache.

While Shake Shack does have a loyal following, it’s nowhere close to what Chick-fil-A has.

And as far as how amazing it looks, I don’t care if this is organic, free-range chicken served in a golden clamshell. Chick-fil-A customers are not going to abandon their favorite fast food chicken joint for a Shake Shack chicken sandwich. And if anyone did an ounce of research into fast food culture, this would be a very obvious observation.

The reason I’m pointing this out is not to opine fast food trends, but rather to point out what is obviously an attempt to distract investors from the bigger picture: That Shake Shack is overpriced. And it is.