Is Donald Trump just a Dick?

Socially Responsible Investing and the Quest for the Perfect Golf Course 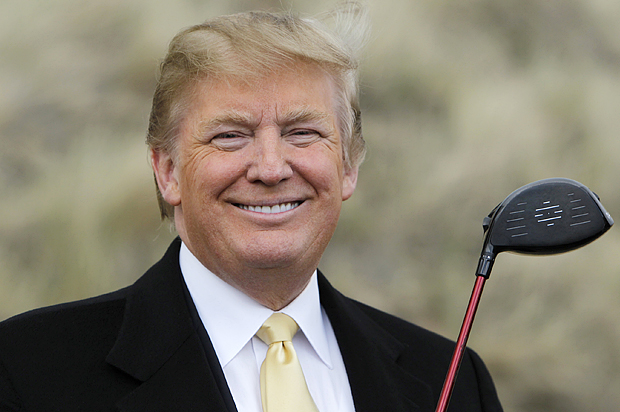 He’s portrayed as a villain …

An evil billionaire with no respect for history, culture or the will of the people, Donald Trump makes good on this image in his reluctant appearance in the movie, A Dangerous Game.

Directed by investigative journalist Anthony Baxter, A Dangerous Game explores Donald Trump’s hard-on to build “world-class” golf courses on some of the most beautiful and culturally significant sites in the world.

From the pristine shores of Aberdeen, Scotland to the mountain tops of Dubrovnik, Croatia, overlooking the Adriatic Sea, Trump battles local residents as he uses his wealth and influence to bully those who dare oppose his plans to turn their backyards into tacky resort complexes.

After watching the movie, it’s easy to see how folks would be quick to condemn Trump for his actions, but I’m going to play devil’s advocate here. Kind of …

As a libertarian, I found myself quite fascinated by how local politicians helped facilitate Trump’s wants and needs.

Interviews with local politicians and eager developers clearly show how those who were elected to protect and serve the interests of “the people,” were instead protecting and serving the interests of foreigners who likely came bearing generous and expensive gifts.

It’s a classic tale, and one that often illustrates how politicians tend to be the worst guardians of liberty, freedom, and personal sovereignty.

In the case of Trump’s golf course in Aberdeen, Scotland, locals claim they were met with loss of road access, disruptions in water supplies, and crop disruption. If such claims were valid - and I’m going to assume they were - then clearly this would be a violation of their property rights.

Although Trump has the right to develop his property as he sees fit, in the presence of strong property rights laws (or as some would suggest, natural law), he would still have to answer to and compensate those whose property rights have been violated by his development. But that wasn’t the case.

Instead, local politicians chose to only protect the property rights of the highest bidder. And that, dear reader, is a tragedy that tends to play out over and over again.

So the question is, is Donald Trump responsible for violating the property rights of locals, or is the government responsible? Or better yet, are the people themselves to blame? After all, they were the ones who voted these folks into office under the assumption that, as lawmakers, they would be the guardians of the will of the people.

I also don’t pose this question to excuse Trump’s behavior.

I honestly don’t understand how some folks can be so dismissive about bulldozing cultural sites and ecological treasures. Sure, I get that the quest to create wealth can sometimes overshadow the quest to just be a decent human being. And don’t get me wrong, I’m not criticizing anyone who seeks to create wealth.

Truth is, the one thing about this documentary that bothered me was how often “the rich” were vilified. Mocking and blindly criticizing a group of billionaires because they like to golf or spend ridiculous amounts of money on golf outings and resort vacations does a disservice to those who seek to protect their land from robber barons.

It would also be in the best interests of those who seek to protect the environment from overzealous golf course developers to pool their capital, purchase environmentally, historically, and culturally-sensitive land, and place it in a land trust. This serves as a much more reliable mechanism of protection than a politician.

It was inspiring to see “the people” rise up against injustice. It was inspiring to see that even against one of the most influential billionaires in the world, “the people” still do have some power. I just hope the folks in Scotland and Croatia are now able to use that power to rid themselves of the forked-tongued politicians who were so eager to service Trump like truckstop hookers along a deserted highway.

So here’s my takeaway …

If you have any interest in the cause for liberty, property rights and the ability of sovereign individuals to protect their culture, I strongly suggest checking out A Dangerous Game. You can download it here.