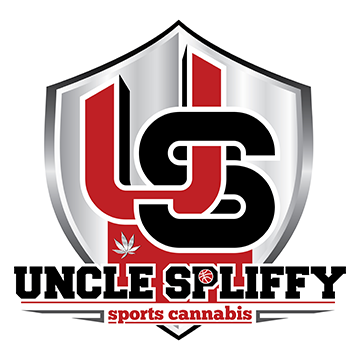 His name was Todd, and in 2005, I hired this former amateur boxer as my personal trainer.

At about six feet, four inches and around 220 pounds, Todd was an intimidating figure. He practically lived at the gym, and while he was certainly an incredibly nice guy, I never had any doubt that he could inflict some real pain on any person that decided to get into the ring with him.

His work ethic was top-notch, too. Which is one of the reasons I hired him. I knew this guy would push me more than I could push myself, and I knew he could do it in a safe and strategic manner.

After just a few months with Todd, I was in the best shape of my life. My energy level had soared, my mind became clearer, and I accomplished a handful of fitness goals I had never thought possible. Without a doubt, I was feeling great. So to thank Todd for all his help, I took him and his wife out for dinner. It was that night that I had a huge ephiphany.

After finishing off three glorious grass-fed ribeyes from my favorite restaurant in Baltimore, Woodberry Kitchen, Todd's wife asked me if I wanted to go back to their place and smoke a bowl.

The idea that an athlete like Todd, a personal trainer, fitness guru and health food fanatic, smoked marijuana was completely foreign to me. Cannabis and fitness just didn't go together. To be honest, I was actually a bit disappointed when I realized Todd smoked weed.

Not that I had anything against cannabis or those who consumed cannabis. But as my trainer, Todd convinced me that he was the man for the job. The fitness enforcer that treated his body like a temple couldn't possibly be a pot smoker. But he was. Moreover, he was a very vocal advocate of legalization.

Getting Schooled on Cannabis

Not one to turn down an opportunity to partake in some flower with a friend and his gorgeous wife, I went back to Todd's place and spent the next two hours getting schooled about the benefits of cannabis for athletes.

You see, as a boxer, Todd trained hard. Make no mistake, professional boxers are not drunken bar fighters. They are well-trained athletes who maintain fitness regimens most folks couldn't handle for five minutes. And Todd was no exception.

After nearly twelve years in the ring, Todd gained a lot of respect, but also a lot of chronic pain. The latter, at some point, was crippling. But because his brother had died from a heroin overdose when he was younger, Todd refused to take opiates for his pain. That is, until, the pain got so bad he could not get out of bed. And it was at that point that his wife suggested cannabis, as cannabis wasn't something he could become physically addicted to the way he might have become addicted to opiates.

Reluctantly, he decided to give it a try after talking to some the older fighters that trained him when he was just a kid.

Turns out, quite a few of these older fighters were also cannabis consumers because it offered a safer alternative to opiates. And rest assured, all were beat up pretty good, and their bodies were aching.

When Todd explained all of this to me, I must admit, I was still a bit suspicious. But after doing a fair amount of research on athletes that consume cannabis, I quickly realized that a nearly century-long propaganda campaign against cannabis actually had some influence on me.

Don't get me wrong. I never bought the lie that cannabis was as dangerous as heroin, as the U.S. government claimed by labeling it a schedule 1 substance. But subconsciously, I was still equating cannabis use to unhealthy and undisciplined lifestyles. And of course, nothing could be further from the truth.

Discipline is not an Option

Perhaps one of the most well-known professional athletes associated with cannabis use is NFL superstar Ricky Williams. This two-time All-American, Heisman Trophy winner is known for a lot of things. And while you would think the first would be the fact that he surpassed the 10,000 career rushing yards mark (only the 26th player in NFL history to do it), for a lot of folks its his history with cannabis.

An outspoken advocate of cannabis consumption, Williams was suspended on more than one occasion after testing positive for the plant. I suspect it was the fact that he made no apologies for his use that really pissed off the NFL and made football fans connect everything related to Williams with weed.

I even remember reading a comment on a message board from some doofus who suggested Williams was just another undisciplined pothead who doesn't respect the game.

To be a professional athlete, the one thing you can't be is undisciplined.

To suggest that Ricky Williams or any other professional athlete is undisciplined because he or she consumes cannabis is, for lack of two better words, fucking stupid.

Of course, it's not just NFL players that are put on the hot seat for cannabis use.

Although mairjuana is not a performance-enhancing drug, the Nevada State Athletic Commission still decided to fine Diaz hundreds of thousands of dollars, and quite frankly, attempt to ruin the man's career over a plant.

The commission treated Diaz the same way they would've treated someone who was juicing before the fight. This is absurd.

And then there's Michael Phelps.

My fellow Baltimorean who is the most decorated Olympian of all time, with a total of 22 medals in three Olympiads lost millions in endorsements and was suspended for three months by USA Swimming after a picture appeared of him consuming cannabis.

And like we saw with Ricky Williams, folks were quick to identify him as some undisciplined pothead. Do you have any idea how much discipline it takes to become one of the most decorated athletes in the world?

Ricky Williams, Nick Diaz, Michael Phelps: These are all professional athletes that were (and are) in a league of greatness that few people could ever even imagine. And you know what? They all consumed cannabis.

These incredibly talented, insanely disciplined physical anomolies have achieved greatness without taking performance-enhancing drugs, yet their careers have been tarnished because they chose to use cannabis for recreational or medicinal purposes.

Think about that for a moment. Think about how mind-blowingly ridiculous that is. Especially when you consider the fact that cannabis is far less dangerous than alcohol and tobacco: Two things you can find in copious amounts in sports stadiums and lockerrooms all over the country.

But there is good news.

With a proverbial middle finger waving in the direction of prohibitionists and NFL and NBA dinosaurs who seem to think the movie Reefer Madness was a documentary, retired NBA superstar Cliff Robinson is launching his own sports cannabis brand. And I hope he crushes it.

While non-athletes and management teams that profit off the backs of their thoroghbreds may continue to lecture professional athletes on cannabis, Cliff Robinson, with plenty of other professional athletes backing him, is using the basic fundamentals of capitalism and an appreciation for social responsibility to instigate positive change in the lives of athletes.

Under the monikor “Uncle Spliffy,” a play on his nickname Uncle Cliffy, Cliff Robinson is essentially offering a line of cannabis products created by athletes, for athletes.

Robinson has been quite vocal about advocating for cannabis use, telling reporters that he belives cannabis is a more positive alternative to pharmaceuticals.

“When you talk about guys playing on a professional level, there’s a lot of physical and mental stress that comes with that. And to have something available to you that has health benefits, I don’t see the issue with it myself.”

For rational human beings, there is no issue. It's only an issue for a few remaining prohibitionists that are quickly losing ground due to a movement that is being facilitated by tolerance, compassion, and an overwhelming amount of evidence that proves the very basis of cannabis prohibition was formed by racist policies in the early 20th century – not by science.

Cannabis prohibition has nothing to do with rational behavior. It's political. Nothing more, nothing less. Former UFC Women's Bantamweight champ Ronda Rousey hit the nail on the head when she responded to the news of Nick Diaz' suspension, saying … 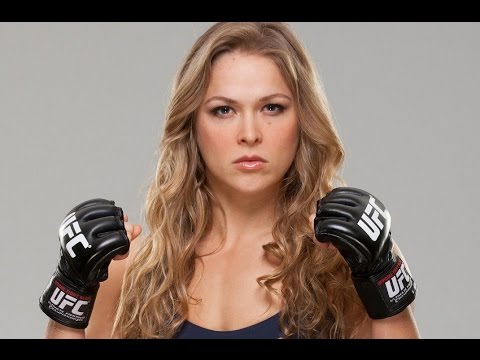 "I’m against them testing for any weed at all. It’s not a performance-enhancing drug. It has nothing to do with athletic competition, and it’s only tested for political reasons so they say, ‘Oh, it’s only for your safety so you’re not hurting yourself when you’re out there.’ So why don’t they test for all the other things that could possibly hurt us that we could be under the influence of while we’re out there?"

“There’s no reason for them to be testing for weed. In athletics, the beautiful thing about it is it separates everything from politics. It shouldn’t be involved at all.”

Fortunately, with guys like Ricky Williams, Cliff Robinson and Ronda Rousey having the courage to stand up to prohibitionists in the world of professional sports, we are getting closer and closer to the day when professional athletes won't have to risk their jobs or their repuations by using cannabis.