First Solar and Apple Expose the Future of Solar 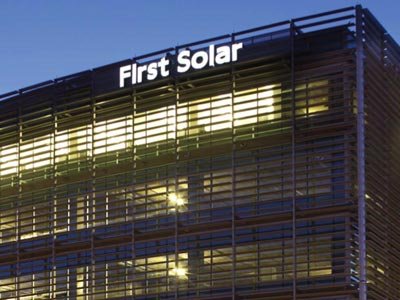 According to Bloomberg, First Solar has just entered into a solar farm partnership with Apple. The deal is worth $848 million!

As reported by Tim Higgins …

The iPhone maker already powers all of its data centers with renewable energy. Tim Cook, Apple’s chief executive officer, has advocated taking more steps to combat climate change. He unveiled the initiative during a presentation at the Goldman Sachs Technology and Internet Conference in San Francisco. The agreement is the largest in the solar industry for a single commercial customer, he said.

Construction on the 2,900-acre (12-square kilometer) California Flats Solar Project will begin in the middle of the this year and be completed by the end of 2016, the companies said. Additional output of about 150 megawatts from the solar farm will be sold to Pacific Gas & Electric Co.

It's hard to believe that less than ten years ago, we were being mocked by the knuckle-draggers of Wall Street for being so bullish on solar. “It'll never amount to anything,” they'd tell me.

Today, First Solar, which boasts a market cap of $4.8 billion, is basking in the glory of an $850 million solar deal with one of the biggest, most successful companies on the planet. And mark my words, this is just the beginning.

"I put solar panels on my home back in 2004 when most people thought it was fringe. I have done a lot of study on this issue of solar and wind. If there is one thing I try to get across to clients, it is that now is the time to buy into solar. First Solar may become the first trillion-dollar company in ten years. I know that sounds audacious, but watch the video. Denmark gets 40% of their electricity from wind and Texas now gets 30% from wind. And wind is small potatoes compared to what will happen once 5 cent/kilowatt hour solar becomes standard pricing around the world. I’m saying that even natural gas cannot compete with solar. It may well be the worst nightmare the Koch brothers can imagine. Exxon will be a smaller company than many solar companies ten years from now. This is happening. It is real.

“...This is massive. It is the biggest revolution you will see in your lifetime. The fracking revolution is small potatoes. Solar and wind will swamp the frackers. No one will argue about climate change once the cost of solar is down to 4 cents/kwh everywhere. That is where it will be by 2017!

While I share Liebreich's enthusiasm, I'm not sure I completely agree with him on his timing. I suspect it'll take at least until the end of the decade before we see 4 cents/kwh. Of course, in all fairness, Liebreich is a lot more knowledgeable than me. So maybe he's absolutely on point. It wouldn't be the first time.

Nonetheless, with today's announcement from Apple, we are once again reminded that the integration of solar is no longer going to be a slow one. And at this point, no energy investor should be without exposure to the solar space. Unless, of course, you hate money. In which case you should stay far, far away from companies like First Solar, SunEdison (NYSE: SUNE), and SunPower (NASDAQ: SPWR).