In Vitro Meat: The Case for Beaker Bacon

In just a few years, it's likely you could go out to dinner and order the rack of ribs. And your restaurant of choice will serve 'em up hot and covered in BBQ sauce, courtesy of the lab where they were cultured.

This isn't a tagline to a sci-fi movie trailer...

In vitro meat (IVM) will appear in our lifetime as an alternative method of bringing animal meat to market for broad consumption.

And it has the potential to be transformative — economically, environmentally, and socially.

Dr. Vladimir Mironov, a developmental biologist and tissue engineer, has been developing lab-grown meat for the better part of the last ten years.

Currently conducting research at the Medical University of South Carolina, Mironov's work could be an answer to an impending food crisis that will result from population increase and diminishing land for livestock to be raised.

"It will be functional, natural, designed food," Mironov said in a Reuters interview.

"How do you want it to taste? You want a little bit of fat, you want pork, you want lamb? We design exactly what you want. We can design texture."

Designer meat sounds a bit... unnatural. At least, to me.

In fact, after some digging, I found some rather colorful terms for the newest take on SPAM: 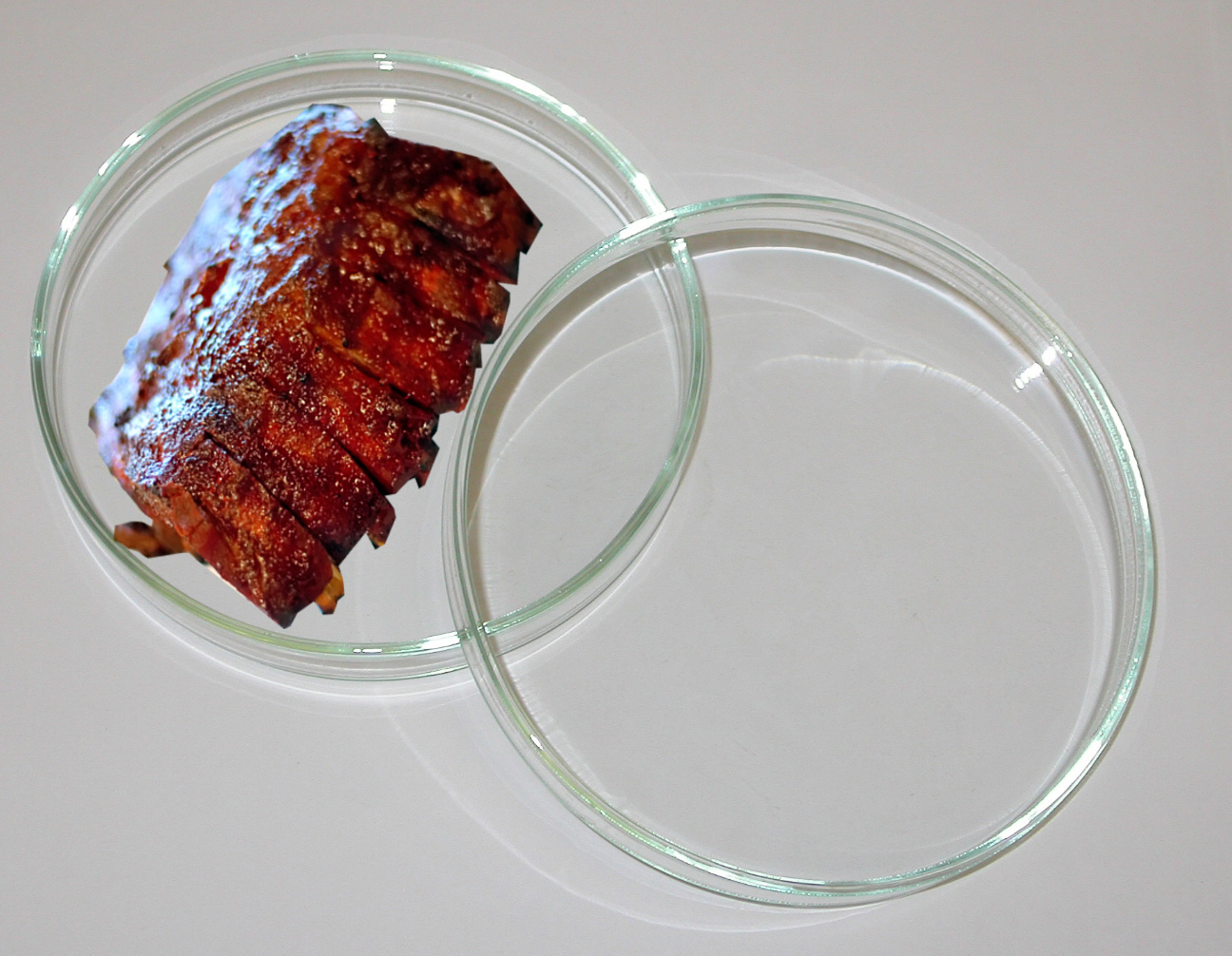 If the idea of cultured meat repulses you, consider that other foods are produced in a similar fashion.

Mirinov admits many people do not want to associate technology — and in this case, bioengineering — with food.

Most often, societal acceptance is the first hurdle in bringing anything, even cultured organisms, to the broad consumer market.

And in a world where population continues to grow and land and resources continue to decrease in availability and quality, Mirinov thinks we should all get used to the idea...

For many foods — including of course, wine and beer — we have already altered the genetic make-up of natural organisms to create an entirely new product. Yogurt is cultured in a method similar to the animal muscle in Mirinov's (and other scientists') methods.

To be fair, in vitro meat not exactly a "new" concept. The FDA first approved the technique in 1995.

In 2001, scientists in Amsterdam and the United States were filing for patents on varying processes to produce IVM. And in 2008, PETA offered a $1mil prize to the first company to bring lab-grown chicken meat to consumers by 2012.

In 2009, researchers in the Netherlands successfully cultured a pork product in vitro, thanks to funding by the Dutch government and a national sausage maker.

Scientists extracted cells from the muscle of a live pig, and added them to a mixture of other animal products in the lab. The cells multiplied and created muscle tissue. The end result: "a soggy pork."

In an interview with The Sunday Times, Professor Mark Post, who lead the research in Holland, explained, “What we have at the moment is rather like wasted muscle tissue. We need to find ways of improving it by training it and stretching it, but we will get there... This product will be good for the environment and will reduce animal suffering. If it feels and tastes like meat, people will buy it."

But Post also points out this method allows us to “take the meat from one animal and create the volume of meat previously provided by a million animals” — and this brings us to the heart of the issue.

Because while IVM satisfies our craving for innovation and technological advancements, much as the iPhone and Google Earth do, lab-grown meat could potentially be solution to many of the issues traditional ranching has presented for decades.

When you get down to it, in vitro protein solves — or at least pacifies — several of the hot button issues that surround this sector of agriculture...

"Animals require between 3 and 8 pounds of nutrient to make 1 pound of meat. It's fairly inefficient. Animals consume food and produce waste. Cultured meat doesn't have a digestive system," Mirinov explained in an interview with Reuters.

One third of our planet's land surface area is associated with raising animals on farms. If meat could be produced in a controlled laboratory, you're eliminating the need for that land, for water, for natural resources that are abused by the sheer volume of herding for human consumption.

A 2009 Worldwatch Institute report pinned more than 50% of all human-caused greenhouse gas emissions on the world's (at the time) 1.5 billion livestock.

H+ Magazine spared no details in a rundown of just what kind of pollutants farm animals offer to the atmosphere:

Statistics are truly shitty: cattle crap 130 times more volume than a human, creating 64 million tons of sewage in the United States that's often flushed down the Mississippi River to kill fish and coral in the Gulf of Mexico. Pigs are equally putrid. There's a hog farm in Utah that oozes a bigger turd total than the entire city of Los Angeles.

Livestock burps and farts are equally odious and ozone-destroying. 68% of the ammonia in the world is caused by livestock (creating acid rain), 65% of the nitrous oxide, 37% of the methane, 9% of the CO2, plus 100 other polluting gases. Big meat animals waste valuable land — 80% of Amazon deforestation is for beef ranching, clear-cutting a Belgium-sized patch every year. Water is prodigiously gulped — 15,000 liters of H20 produces just one kilogram of beef. 40% of the world's cereals are devoured by livestock.

This scenario is clearly unsustainable, and In-Vitro Meat is the sensible alternative.

Now, this is not to say that building and running laboratories where meat is cultured won't produce their own volume of emissions; but research suggests it will be significantly less than those currently produced by ranches and slaughter houses.

3. The safety and health argument.

The  health risks have not yet been fully investigated, since in vitro meat hasn't yet come to market or been tested by consumers.

Producing meat in vitro is arguably more ethical than the methods used to bring livestock to market today.

Moreover, IVM is an animal flesh product that has never been part of a complete, living animal.

PETA said in a statement: “As far as we’re concerned, if meat is no longer a piece of a dead animal there’s no ethical objection.”

The Vegetarian Society was quick to point out labeling as a potential problem with marketing IVM: "The big question is how could you guarantee you were eating artificial flesh rather than flesh from an animal that had been slaughtered... It would be very difficult to label and identify in a way that people would trust.”

One of the scientists working with Mironov in South Carolina, Nick Genovese, is working under a PETA grant.

Genovese believes IVM could eventually become cheaper than what he calls "the heavily subsidized production of farm meat... and if the public accepts cultured meat, the future holds benefits."

More than widespread societal and consumer acceptance, however, Mirinov says his work is met with a bigger problem: funding.

NASA funded research for awhile, but has since ceased. In fact NASA had been conducting their own experiments in producing meat from turkey cells as a way to improve long-term food choices for astronauts during space missions.

Meanwhile, research teams in the Netherlands are full steam ahead in trying to perfect the meat culturing process, pouring $4 million into experiments.

Is the development and marketability of in vitro meat something our government should grant funding for?

Would you — as a consumer — consider buying and eating IVM, or eventually replacing farm-raised meat with cultured meat in your lifestyle?

Moreover, do you think the benefits outweigh the clinical quality of this method, or is "trans ham" just too weird?