There will be 20 million electric vehicles on the road by 2020.

The International Energy Agency expects there to be 1.7 Billion cars on the road by 2035, so that means electric cars will make up approximately 1.2% of the global market. It doesn't sound like such a big deal, but this is an increase of ELEVEN THOUSAND PERCENT over 2012's global EV stock.

Such massive growth is propelled, in part, by an increase in consumer electric vehicle options. The IEA says there is a direct correlation between product variety and sales increases.

Fisker Automotive began targeting a specific electric vehicle consumer – luxury hybrid consumers – back in 2009, but went down in a crashing ball of flame. The company ended up filing for Chapter 11 bankruptcy protection in 2013, and was later acquired by China's largest autoparts supplier Wanxiang Group.

Wanxiang's leadership now says it is committed to bringing Fisker back, irrespective of its bad luck past.

Chairman and Founder of Wanxiang, Lu Guanqiu says he is willing to bankrupt his company to make Fisker work. He is that committed.

“I’ll put every cent that Wanxiang earns into making electric vehicles,” Lu told Bloomberg. “I’ll burn as much cash as it takes to succeed, or until Wanxiang goes bust.”

Lu built the auto parts company up from a $500 capital investment back in 1969 to a $16 billion per year business that employs more than 40,000 workers worldwide. Bloomberg called him “China's Elon Musk,” referring to the famous Tesla and SpaceX CEO, but this comparison is weak at best.

Lu has been working to grow Wanxiang since before Musk was even born. He was a Congressman and part of the force that helped make capitalism a reality in China. His willingness to sacrifice his life's work for this new venture is nothing short of massive.

Of course, Wanxiang has had its own electric vehicle subsidiary since 2002, and has been making commercial electric buses since 2006. It holds 30 of its own battery patents, and has been producing its own lithium ion EV batteries since 2009.

The acquisition fits in with China's twelfth Five-Year Plan. In 2009, the Chinese government launched sweeping incentives to stoke activity in the electric vehicle sector. Part of this plan included the target of 500,000 electric vehicles on the market by 2015, and 5 million by 2020.

In case you forgot, the global EV total in 2020 is expected to be 20 million. China wants to make up one quarter of that.

Of course, the reality is going to be much less than that. Electric vehicle pilot programs in China over the last four years have revealed a disconnect between state and local interests which often sidetrack the country's progress as a whole.

Though the story of Fisker's decline is pockmarked with lawsuits, debts, production halts, and ruined inventory, the future of the brand is in the brand itself.

Out of the deal, Wanxiang acquired an old General Motors factory in Delaware, as well as 18 patents for drivetrain systems and vehicle design elements such as grille and fender designs.

Though the design patents might seem trivial, they are essential to Henrik Fisker's brand, which rose to quick renown for its sheer beauty. Fisker designed the Aston Martin DB9 and V8 Vantage, as well as the BMW Z8. His design work on the 2012 Fisker Karma is true art. 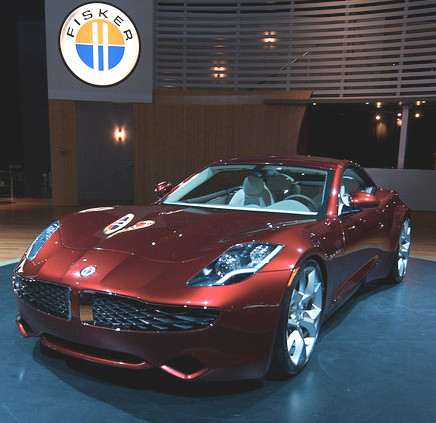 According to a report from McKinsey & Company, China's luxury car market makes up about 9% of the total auto market, and is dominated by German cars: the Mercedez Benzes, BMWs and Audis. By 2020, the country is expected to be putting three million new luxury cars on the road.

Fisker offers a design in line with the German luxury aesthetic, fits into the broader Chinese goal of having more electric cars, and has a Chief Executive willing to bankrupt his own company to make the project work.

If this doesn't catch on, it will at least be a spectacle.

Investing in Solar Technology
GE and Google seem to like this new solar technology. But the company behind it may fall flat, not because the technology isn't relevant, but because the goal is simply unreachable.
Investing in Energy Efficiency and Solar
If you're looking for an easy way to play the modern energy space, look no further than energy efficiency. President Obama's executive actions will lead to profits... if you know where to look.