Environmental Dispute goes to Top Court in the Sunshine State

The People, Sugar Companies and Water District vs. The Everglades

The proposed $536 million deal was signed off on in 2009 by the South Florida Water Management District. The Supreme Court is now being asked to determine if the District was justified in approving the sale of bonds for the land last year. 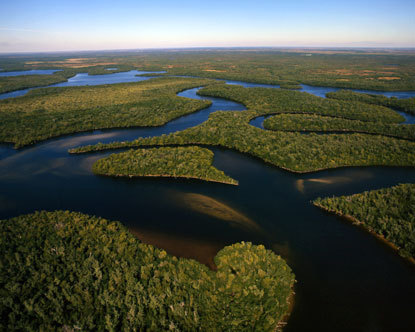 Members of the Miccosukee Tribe who live near the Everglades are joined by U.S. Sugar's competition (namely, Florida Crystals) in saying the land will only allow U.S. Sugar to farm much of the parcel once the sale is complete.

U.S. Sugar Corp is currently the country's biggest sugarcane grower and would be granting the state 73,000 acres of farmland for its restoration project.

Last August, a Palm Beach County Circuit Court judge authorized the Florida Water Management District to sell as much as $650 million of certificates of participation for the purchase of Everglade land in an effort to preserve the wetlands and the more than 65 endangered species that inhabit the area.

The opposition protests the land deal in saying that the Water Management District was not authorized to sign off on this deal last year.

In 2008, Florida's governor planned to purchase from U.S. Sugar 180,000 acres of Everglade farmland.

The plan was for the state to buy U.S. Sugar, its manufacturing and production facilities, and allow production for six years more before shutting down the plant and dismissing employees. The land would then be rehabilitated and restored.

But like most states, Florida suffered from the recessions and the land deal was significantly cut down to less than half that acreage. In November 2008, the deal was renegotiated to involve less land at a lower price, allowing sugar production to remain in production.

And come 2009, Florida's water management district decided to levy $536 million in bonds to pay for the newly proposed 73,000 acres.

Meanwhile, environmentalists and water management officials feel the restoration deal is critical to reviving the River of Grass ecosystem within the acreage that U.S. Sugar Corp would purchase through this deal.

According to environmentalists, the protection of this particular part of the Everglades trumps the complaints of lawyers on the Miccosukee side.

The attorney representing Florida Audubon was quoted as saying, "We believe this land acquisition provides the best and last chance for significant Everglades."

The River of Grass area winds south from Orland through the Kissimmee Lakes, including Lake Okeechobee, and out to the Florida Bay. Restoration efforts of this area have been in effect since 1988, when then Florida Governor Chiles officially committed the state to cleaning up and preserving the Everglades. Since 1988, Florida has invested nearly $2.5 billion to the $10.9 billion state-federal Comprehensive Everglades Restoration Plan (CERP).

The Miccosukees continue to challenge the proposed $536 million deal because they maintain the land is not serving public purpose. The Water Management District does not have the right to float bonds to pay for the land if it lacks this characteristic.

They feel the plan is waste of taxpayer dollars that will actually slow current Everglade restoration projects and those planned for the future. Critics of the revised land deal are also concerned that the new plan will ensure sugarcane is grown on Everglade farmland for at least another ten years.

No ruling has been made yet regarding the case.