Essentially, the 500e is a compliance car. It's a car built because the state of California requires that by 2025, automakers that sell their vehicles in California will have to ensure that 15.4 percent of those vehicles are zero-emission vehicles. Basically, if you want to sell your car in California, you need to pony up a few electric cars.

Some automakers, like Tesla (NASDAQ:TSLA), GM (NYSE:GM), Nissan (PINK SHEETS:NSANY) and Mitsubishi (PINK SHEETS:MMTOF) are moving forward in an attempt to not only abide by California's mandate, but also to get a foothold in what will soon prove to be one of the most valuable vehicle technologies in the world.

I'm not saying it's going to happen this year or in even ten years. But mark my words, electric vehicle and battery technology is developing at light speed. The advantage of an affordable electric vehicle with quick-charging capabilities and driving ranges exceeding 300 miles over an outdated internal combustion engine is the kind of advantage that destroys inferior markets.

Today, we are only at the start of a major transition in personal transportation technology. And this transition will not happen overnight. So I understand why a company like Fiat Chrysler would not be completely bullish on pushing electric cars today.

This being said, I'm calling bullshit on Marchionne's following comment. . .

If we just build those vehicles, we'll be back asking ... in Washington for a second bailout because we'll be bankrupt.

The truth is, no one has suggested that only electric cars will be allowed on California's highways in 2025. In fact, electric offerings from Nissan, GM and Mitsubishi barely register as an accounting error today. So by saying what he said, he's misrepresenting the situation.

Also worth noting is that this is a state mandate that has nothing to do with the federal government. This is a classic example of state's rights. Personally, I'm not a fan of such mandates, but as long as this isn't coming from the federal government, I'm not going to pitch a fit. And this hyperbole about a second bailout? Seriously?

If Marchionne was stupid enough to produce only electric cars, of course the company would go bankrupt. But it sure as hell wouldn't get another taxpayer bailout. This is a pathetic attempt at fear mongering.

Interestingly, despite Chrysler taking a $690 million loss in Q1 (related to the Fiat merger), the company actually doubled its net income, thanks in part to Marchionne's leadership and new Ram pickup and Jeep Cherokee sales.

Look, Marchionne is a smart guy, and I have little doubt that he knows how to run a car company. I also understand his frustration with having to comply with California's mandate. But to tell folks not to buy his electric car because he's being forced to sell it – well, that's just stupid. It's actually a pretty nice looking car, too Check it out. . . 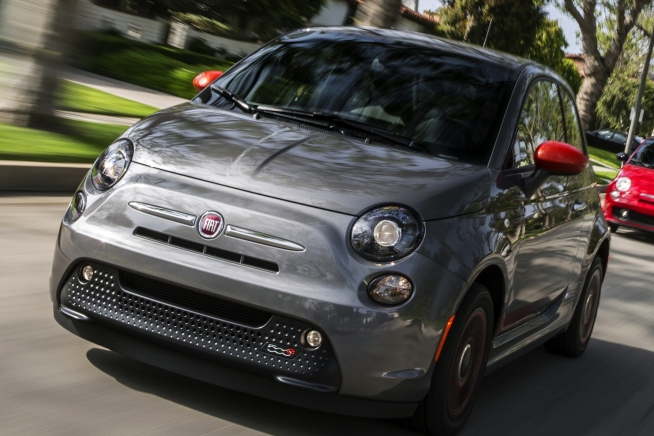 Investing in Solar Technology
GE and Google seem to like this new solar technology. But the company behind it may fall flat, not because the technology isn't relevant, but because the goal is simply unreachable.
Offshore Wind Revolution
Three major offshore wind projects have been tapped to get $47 million in funds from the Department of Energy, kickstarting the lagging U.S. offshore wind sector.