The Future Belongs to Tesla 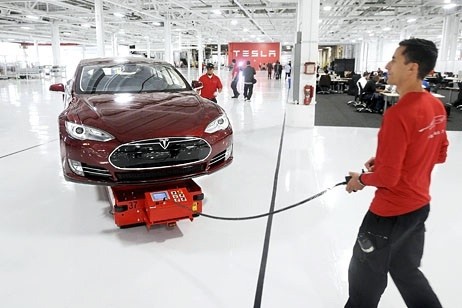 In all my years working in this industry, I’ve never seen a company more loved and more hated than Tesla (NASDAQ: TSLA).

Those who love Tesla tend to fall into three categories:

These are the folks who either buy Tesla vehicles or buy the stock. Or both.

Then there’s the other side of the coin: the haters.

The folks who tend to despise Tesla also fall into three categories:

These are the folks who either use anti-free market dealership laws to ban Tesla from selling its products or write as many Tesla-bashing articles as possible.

The latter come in all forms: blogs, cable news commentary, and investment publications, which have been warning you since Tesla first went public that the stock was a dog with fleas.

Here’s how that’s worked out … 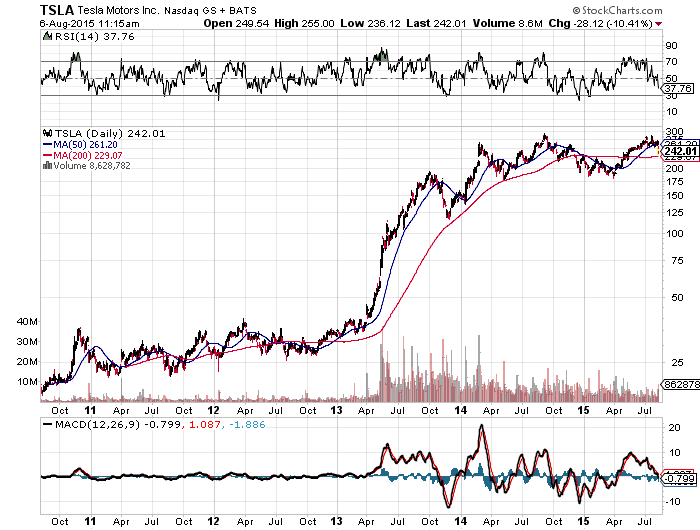 Tesla is kind of like that kid in high school who just does everything right. He’s handsome, good at sports, makes the honor roll every semester, and is a bit of a do-gooder.

Everybody loves him, except for the kids who project their own feelings of inadequacy onto others. Basically your typical bullies. This is how I feel about the type of people who have made it their life’s work to find any reason to sling mud at Tesla.

Hell, just look at today’s headlines following Tesla’s Q2 earnings, which indicated an increase in revenue, but fewer car deliveries for the year.

Indeed, the sky must be falling!

"Why People do not want Tesla Cars"

"Revolutionaries like Tesla are Getting Hung out to Dry"

"Tesla, Fitbit, and What Happens When Wall Street Forgets a Fad is a Fad"

Well, I guess that’s it. I guess Tesla should just pack it up and go home, right?

I mean, the company did completely transform the auto industry by delivering a vehicle that is superior in nearly every single way to the antiquated internal combustion vehicle.

The Model S - a sleek, stylish, all-electric sedan - has won more awards than any other internal combustion sedan ever made, including Consumer Reports’ “Best Car Ever Tested!”

Elon Musk and his crew single-handedly changed the image of electric cars from “glorified gold carts” to “technologically superior machines of the future.”

But yeah, Tesla was just a fad. A flash in the pan. Elon Musk will end up on the streets, hustling Tesla t-shirts and old lithium-ion batteries.

I guess this is what it must’ve been like back when the first Model T rolled off the line. Lots of knuckle-dragging hostility and lots of furious envy.

You know, back in 1903, the president of the Michigan Savings Bank told Henry Ford's lawyer, Horace Rackham, that the horse was “here to stay” and the automobile was only a novelty, a fad.

Fortunately, Rackham didn't listen. He invested $5,000 in Ford stock, which he later sold for $12.5 million.

I’m not saying you’re going to turn $5,000 worth of Tesla stock into $12.5 million. But make no mistake, despite all the opposition to progress we’ll continue to see from the haters, Tesla’s influence on personal transportation will be just as significant as Ford’s was.

You see, it’s not just that which Tesla sells. It’s more than delivering a superior vehicle and driving experience. Tesla upped the ante. It has forced the major automakers to reconsider their long-held opposition to building better vehicles.

Do you really think GM and Nissan would be scrambling to increase the ranges of their electric vehicles or make them more affordable for the masses if it wasn’t for Tesla? Not a chance.

Elon Musk drew a line in the sand for all the world to see, and dared a complacent auto industry to cross it. Some haven’t, because they either don’t have the ability to do so, or they still haven’t figured out that the internal combustion engine has been exposed for the dinosaur it is.

And the ones that have crossed that line are racing to get ahead of Musk before he lays down his next challenge. Will that be autonomous vehicles, the mass production of super cheap lithium-ion batteries, all-electric ranges exceeding 500 miles?

Who knows? But one thing is certain: Betting against Elon Musk is a stupid, stupid move.

So let the haters hate. It doesn’t even matter anymore. Because Elon Musk and Tesla already won - and so have we.