I'm sure we've all had the conversation at some point: how do we want our bodies handled when we die?

It's kind of a morbid thought. I don't think anyone really enjoys hearing their loved ones talk about their death...

But the fact is it's a necessary conversation to have. I've thought about it, talked about it.

You might want to have a big funeral and be buried next to family, or be cremated and have your ashes spread in an area close to your heart.

You might want to donate your body to science, or even to Gunther von Hagens' Body Worlds exhibit.

Whatever your final wishes are, you may want to consider one way of interment that is growing in popularity in the United States.

Natural burials, or green burials, are a way of caring for the dead with minimal environmental impact. 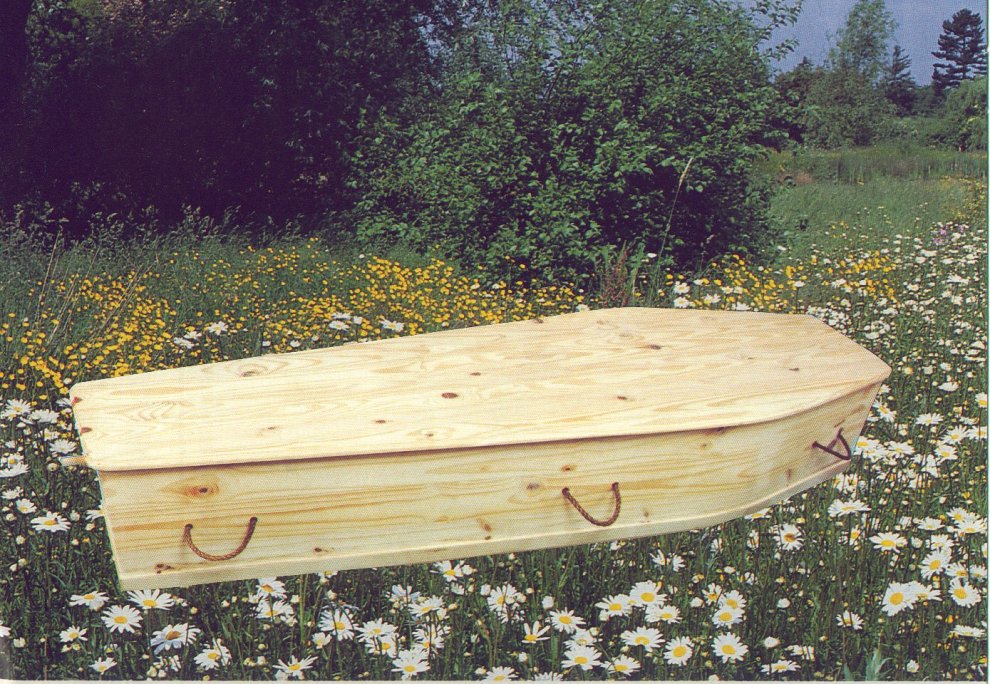 The Green Burial Council is a nonprofit organization working to encourage environmentally sustainable deathcare, and the use of burial as a new means of protecting natural areas.

The Green Burial Council counts “more than 300 approved green burial providers in 40 states, while only a dozen existed in 2008.”

While there are varying degrees of green burials, the general rule is that there is no use of concrete, metal, or chemicals  in the burial process.

This means bodies are not embalmed, and are either wrapped in a linen or cotton shroud, or are laid to rest in a box made of pine, wicker, cardboard, or bamboo.

The GBC requires that, for the container to be considered green, it must be nontoxic and biodegradable — as well as made from materials sourced in a way that does not destroy habitats.

Embalming fluid, made with the chemical formaldehyde, has been proven to pose health risks, particularly among funeral directors.

Many countries throughout the world have banned it, and Jewish law prohibits it.

One thing to consider, though, that is if a body is not embalmed, it must be buried within a short period of time — usually within 48 hours. This can pose problems for loved ones needing to travel in order to attend a funeral.

If this is a concern, there are several formaldehyde-free embalming fluids available now, including one approved by the GBC made entirely of nontoxic and biodegradable essential oils.

Even if you're not an environmentalist or a lover of the outdoors, you might consider cost as a factor.

The average funeral in the United States costs $6,500, according to the National Funeral Directors Association.

While cremation is a less expensive way of interment (usually around $1,500) and is lower impact environmentally, it is not considered green.

Cremation burns a lot of fossil fuels and can pump mercury or other chemicals into the air if a person has dental amalgam fillings or other surgical items inside them.

While the green burial is a growing trend, it is actually nothing new; it was standard practice in this country up until the Civil War.

When a loved one died, the body would be washed, dressed, and laid out while the coffin was built and the grave dug. The burial often took place in the backyard or church cemetery within a day or two of the death.

But during the Civil War, with the number of fallen soldiers, it became necessary to preserve them in order for their bodies to make the long trip home by train from the battlefields.

By war's end, the practice of embalming bodies had become the norm. Consequently, the modern funeral industry was born.

A survey commissioned by the International Cemetery, Cremation and Funeral Association in March 2010 found a quarter of those polled liked the concept of environmentally-friendly burials.

“We think of this as a new idea, but this is really an ancient idea we're returning to,” said Joe Sehee, executive director of the New Mexico-based council.

It seems the next logical step would be to develop legal regulations to oversee green cemeteries, so that people receive exactly what they are promised.