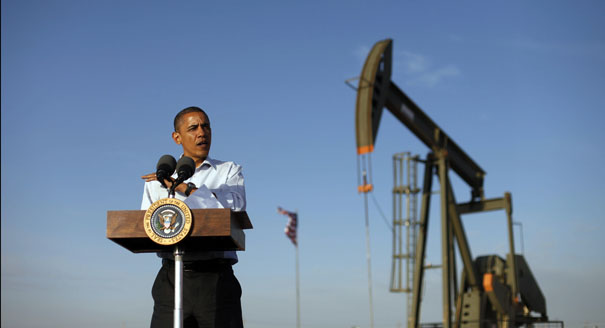 There is a report that found the 20 largest petroleum and natural gas companies paid only about 11.7% in taxes on their profits. I use the word “only” as a relative term, because the corporate rate in the U.S. is 35%.

This reduced tax burden is due to various loopholes and provisions where the companies are able to defer federal taxes well into the future. In our world of lobbyists and political cronyism, it should not be surprising that many of these special breaks apply only to the energy industry.

These corporations were not quite as fortunate on the international scene, as it was reported that taxes could not be deferred and resulted in tax payments of over 46%.

Four of the companies generated a combined income that makes up 84% of the total $133.3 billion that was generated by the top 20 companies over a 4-year period. They paid slightly more than the smaller (but still big) companies, but it still amounted to only 13.3%

It is interesting that the U.S. is thought of as one of the more business friendly places in the world. Compared to some of the third-world countries, it is. Compared to Hong Kong and Singapore, the U.S. is a socialist/ fascist nightmare for business.

The U.S. entrepreneurial spirit is still one of the best in the world. In this sense, there is a lot of hope for Americans. It is hard to imagine for Americans, but many people throughout the world do not think highly of entrepreneurs.

While the U.S. has certainly degraded into more of a welfare state than in the past, and many politicians try to play games of class warfare, there is still an overall respect for entrepreneurship. There is still some sense of the rugged individual from the past.

Americans like a good success story. They like inspirational movies such as The Pursuit of Happiness. Most want to believe it is possible for them to be successful too.

The problem is when Americans suffer at the hands of the rich and they blame capitalism instead of blaming the actual problem, which is corporatism. It is an alliance between big corporations and big government. Whether it is special tax exemptions or regulations to keep out competitors, there are unfair advantages given to big companies to shut out the little guy.

I find that the anti-business mentality that does exist in the U.S. is largely the result of big government. The Occupy Wall Street crowd is probably a great example. They are supposedly against capitalism, but they should really be against big government. It is big government that enables big corporations to gain special advantages.

If a big company thrives simply because they sell better products for better prices, then this should not bother anyone, except maybe the competitors. It is a great benefit for consumers. Walmart has helped poor people more than any politician ever has with a welfare program.

It should be emphasized that I don’t wish to see these big energy companies pay more in taxes. I wish to see everyone pay less. The U.S. already has one of the highest corporate income tax rates in the world.

The point is that there is an alliance between these big companies and big government. This is not only unfair and bad for consumers, but it is an excuse to blame capitalism for something that is actually anti-capitalistic. It is the result of big government and politics.