Most Arizona Lawmakers are Anti-Solar Assholes 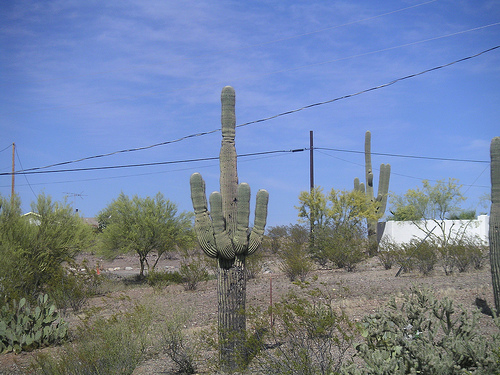 A group of congressmen is looking to paint solar Power Purchasing Agreements as predatory tricks akin to subprime mortgages.

While I'm not the biggest fan of the PPA, it exists for a reason, and the congressmen who have begun the inquiry with the FTC and Consumer Financial Protection Bureau have clear and obvious agendas.

Before I get into it, let's recap one of the basic things about consumer rooftop solar: how you buy it.

There are three main ways to finance your rooftop solar project. Each way has its own benefits and drawbacks.

They all have advantages and disadvantages, but the third option can be the most off-putting for people doing it strictly to save money on their electric bills.

A PPA is as long term a commitment as a home loan, and once your solar equipment is paid off, you can't use it for energy independence. Basically, you're paying your entire life to make electricity for the electric company and tax credits for the solar company. It's not that appealing when you think about it in that way. Because of this, a handful of congressmen are now leaning on companies like SolarCity (NASDAQ: SCTY) saying they're deceptive to consumers.

The more people who put up solar panels – through self-funding, loans, leases, or PPAs – the less reliant on fossil fuels we become.

This is the root of Congress' attack on PPAs.

Both letters complain that it's a deceptive sales and marketing practice to offer a zero down, 20-year lease in a PPA, yet offer no guarantee for a locked-in discount on utility rates.

The letter to Ramierez says the “deceptive marketing strategies...overstate the savings the homeowner will receive, while understating the risks associated with agreeing to a decades-long lease that is often secured by a second deed of trust to the house – a financial commitment that will likely exceed both the life of the roof and duration of the lessor's home ownership.”

The letter to Cordray compares PPAs to subprime mortgages, saying “easy initial financial terms, increased demand and a rapidly expanding industry can be high risk and ultimately harmful to consumers and the industry.”

It should be no surprise that both of these letters can be found hosted on the American Public Power Association, a lobby group representing electric utilities. This organization has variously taken an anti-net metering, anti-smart meter, pro-nuclear, pro-fossil fuel stance.

Naturally, the spread of solar power would be devastating to these interests.

Why have I taken this latest congressional action with a grain of salt?

Because the bipartisan body of representatives who led this charge are all Arizonans.

In case you missed it, in 2013, Arizona's largest electric utility ran a huge smear campaign against solar energy companies. The Arizona Public Service Company (APS) hired two nonprofits (60 Plus and Prosper) to run marketing campaigns that compared SolarCity and Sunrun to Solyndra, the solar company that went bankrupt on federal funds.  Arizona politicians have proven to be decidedly anti-solar.

The rest of the signatories of Gosar's letter are consistent opponents of renewable energy themselves.

Cynthia Lummis (R-WY): “If you blanketed the entire State of Ohio with wind turbines, it would produce annually the equivalent amount of energy as one square mile of Wyoming coal.” (Floor Statement, May 2009)

Alan Nunnelee (R-MS): “The President continues to drag his feet on American energy production because he is beholden to an environmentalist fringe that is hostile to energy development.”

Morgan Griffin (R-VA): “We need to expand coal production and eliminate the harmful regulations that are killing the industry.”

These congresspeople have taken up the mantle against SolarCity because the company has shown an incredible ability to grow through PPAs, and it is a tangible threat to their fossil fuel interests.