The Devil is in the Details

The recent financial regulation bill signed into law has been described as “the most sweeping overhaul of U.S. financial-market regulations since the Great Depression.”

Whether or not you are for or against this legislation, you might be surprised as to what was found under Miscellaneous Provisions of this massive 2,300-page bill.

The Washington Post reported the bill will require thousands of U.S. companies to disclose what steps they are taking to ensure that their products — including laptops, cell phones, and medical devices — do not contain "conflict minerals" from the Democratic Republic of the Congo.

Whenever I hear “conflict minerals,” my mind immediately jumps to diamonds — specifically, the movie Blood Diamond.

In this case however, it refers to four materials that are commonly sourced in the Congo: gold, tin, tungsten, and tantalum. 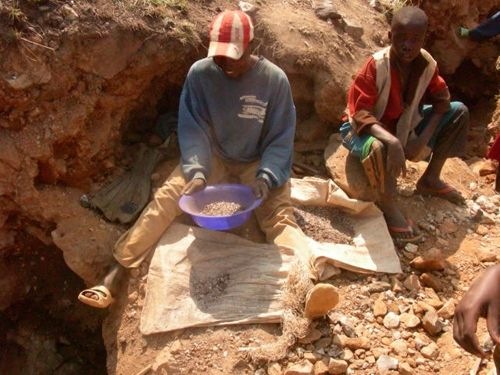 A horrific war has raged on in the Congo since 1994, killing an estimated 5 million people and earning the nation the moniker "the rape capital of the world."

The persons responsible for this brutality and abuse are financing themselves through the extraction of these minerals.

• Tin (produced from cassiterite) — used inside your cell phone and all electronic products as a solder on circuit boards. The biggest use of tin worldwide is in electronic products. Congolese armed groups earn approximately $85 million per year from trade in tin.

• Tantalum (produced from coltan) — used to store electricity in capacitors in iPods, digital cameras, and cell phones. Sixty-five to 80 percent of the world’s tantalum is used in electronic products. Congolese armed groups earn an estimated $8 million per year from trading in tantalum.

• Tungsten (produced from wolframite) — used to make your cell phone or BlackBerry vibrate. Tungsten is a growing source of income for armed groups in Congo, with armed groups currently earning approximately $2 million annually.

• Gold — used in jewelry and as a component in electronics. Extremely valuable and easy to smuggle, Congolese armed groups are earning between $44 million to $88 million per year from gold.

A mix of activists, including Senator Sam Brownback (R-Kan), helped draw attention to “conflict mineral” legislation, and with the support of Sen. Christopher Dodd (D-Conn), was able to tie the issue to the financial reform bill.

According to The Post, the new law requires American companies to submit an annual report to the Securities and Exchange Commission disclosing whether their products contain these materials from the Congo or adjacent countries.

If so, they have to describe what measures they are taking to trace the minerals' origin.

But oh, what a tangled web we weave...

Tracing the origins of products can be exceedingly difficult. Such minerals may, for example, be smuggled from Congo through Rwanda, mixed with ore from other countries in a smelter in Kazakhstan, and then sold to a company in Southeast Asia that supplies a parts manufacturer in China.

"This is a law that is going to affect virtually the entire U.S. manufacturing sector," said Rick Goss, vice president of environment at the Information Technology Industry Council.

While the law does not impose any penalty on companies who report taking no action, the disclosures must be made publicly on firms' websites.

"The consequence is a market-driven one. Consumers can make their choices. Do they want their electronic products to be funding gang rape in central Africa? I don't think most Americans would want that," said Rory Anderson of the World Vision humanitarian group, which has been pushing for the legislation.

While responsible sourcing of materials has been on tech companies' radars for some time, with this new law hopefully it will appear on more consumers' radar, as well.

I know I certainly don't want the electronics I own to indirectly contribute to the gang rape and torture of innocent Congolese.