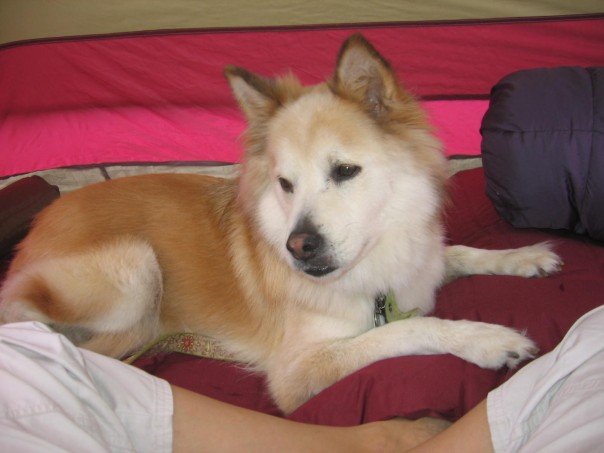 She was very healthy throughout most of her life, and only fell ill after eating tainted dog food that was sourced in China.

You may remember the news reports back in 2007 when the FDA found melamine in vegetable proteins that were imported from China and used as ingredients in pet food. That’s what our dog ate.

Sadly, our beloved Icelandic Sheepdog (mix), which my wife rescued from the pound while living in Los Angeles, was one of the many victims of that Chinese dog food scare.

I actually remember Keegan cowering in the corner one morning after urinating in our bed - something she had never done before. Something was clearly wrong, and after a quick visit to the vet, we found out that her kidneys were failing.

Fortunately, we were able to save Keegan in the short-term. With a cocktail of medications and a flushing of her system, Keegan survived a few more years. But she was no longer that vivacious friend we came to love.

To be honest, I felt a little guilty. After all, we rarely ate any food that was not grown or produced in the United States. Except for certain tropical fruits and imported meats and cheese from Europe, most food items cooked and consumed in our house have been sourced from U.S. farms.

Yet when it came to our dog, we never thought twice about imported dog food.

Now understand, I don’t say this to be critical of China in general. It’s really just a matter of trust. When it comes to the food we put in our bodies, I prefer to know exactly where my food came from and who touched it. This is why I’m so adamant about going directly to our local farms for most of our food.

That being said, I know I’m in the minority. Truth is, most folks in this country don’t think twice about where their food comes from. But I do believe this is starting to change.

Unfortunately, this is a common occurrence in China. And it’s why more and more wealthier Chinese are looking to source their food from outside the Middle Kingdom.

Last week, there was a piece in the New York Times that described the latest Chinese food scandal. Here’s a snippet from that article:

From rat meat masquerading as lamb to tainted milk to exploding watermelons, Chinese consumers have become inured to stomach-churning food scandals. But on Tuesday, countless people were forced to ponder the benefits of vegetarianism after news reports emerged that unscrupulous meat traders had been peddling tons of beef, pork and chicken wings that in some cases had been frozen for 40 years.

The Chinese news media announced that the authorities had seized nearly half a billion dollars’ worth of smuggled frozen meat this month across China, some of it dating to the 1970s. The caches of beef, pork and chicken wings, worth up to 3 billion renminbi, or $483 million, were discovered in a nationwide crackdown that spanned 14 provinces and regions, the state news agency Xinhua reported.

Typically, the meat was shipped from abroad to Hong Kong and then brought to Vietnam, where traders would smuggle the product across the Chinese border without declaring it to customs officials or going through required inspection and quarantine procedures. From there, criminals would often transport the meat in unrefrigerated trucks to save costs and refreeze it several times before it reached customers. 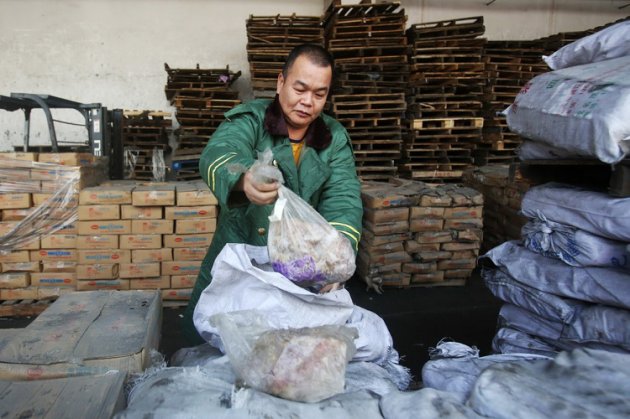 According to a close contact of mine, who brokers deals with dozens of high-net worth Chinese, many of his clients come to the U.S. for three reasons:

Better schools are often included in this list, but I did find #3 to be particularly interesting.

It’s no secret that Chinese folks with money want to park it outside of China’s borders. And certainly clean air is a luxury not afforded to many living in China’s most populated cities. But “safer and better food” - something that many of us take for granted - was never something I gave much thought to until a few years ago when I started hearing about organic farms on the west coast of the U.S. and Canada being offered top dollar to ship their bounty to distributors in Hong Kong.

Truth is, the Chinese are so desperate for quality food, they’re searching out every possible lead they find. From small Canadian organic farms to larger organic beef producers in California and New Zealand, nothing is off the table.

From the perspective of overall sustainability, it would make more sense for the Chinese to focus on building up their own reputable organic food network. However, that’s not what they’re doing right now. At least not to any great degree. Instead, they’re looking to import, and this will create continued opportunity for organic growers in other parts of the world - in particular the U.S., Canada, Mexico, New Zealand, and Australia.

As this trend continues, expect to see more demand for quality, organic farmland in North America, where some is still available.

Now there are two ways to play this …

1.) Buy into an active, revenue-generating organic farm.
2.) Buy organic farmland and either work it (or have it worked, organically so as to maintain the credibility of the soil) or sit on it and wait for bigger organic farmland developers to come calling. And mark my words, they will.