Charge a Tesla in 5 Minutes?

New Israeli Company Could Help Charge your Tesla in 5 Minutes 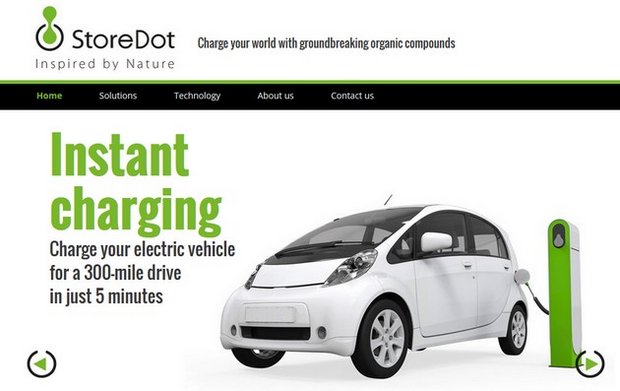 I’m one of those guys who doesn’t fill up his gas tank until the fuel light comes on.

My wife hates it.  We’ll be on a trip somewhere, and the fuel light will come on, and we basically have to immediately stop for gas.  If we’re somewhere we’ve never been, panic mode ensues, and we either have to google the nearest gas station, or white-knuckle it by staying on the same road and hoping one pops up.

I’m trying to break myself of the habit, but it’s one of those behaviors that developed as a result of my early driving experience.  As a kid without tons of money to spend, I would simply reset the trip meter every time I filled the tank, and drive every tankful as far as I could, using the trip meter as a more precise guide than the fuel gauge.

I still do this today, but the digital meters in our car allow me to know even more about how many miles I’m getting out of a tank by including the engine’s fuel economy statistics.

A result of this habit is that I sometimes have to stop and fill the gas tank even though I’m in a hurry to do something else.

Cutting it close for a client interview?  I’ll have to risk lateness by filling the tank on the way there.  Have to run an immediate errand during a brief window of free time in the afternoon?  I’ll waste precious minutes with an emergency fuel-up.

I’m not exactly the type of driver who’d thrive with an electric car.  To keep them juiced up, it requires at least some degree of advanced planning.

If the time it took to charge an electric car battery could be streamlined to match the time it takes to fuel up a gas-powered car, it would be a different story.

I Need a Faster Charge!

Tesla (NASDAQ: TSLA) has built just shy of 500 Supercharger stations across the United States, and they promise a full charge in “minutes instead of hours.”  The devil is in the details, though, as it takes approximately 75 minutes for a full recharge.  More than one hour, but less than two hours, so it’s still measurable in minutes.  A half charge takes about 20 minutes.

Speeding up the charging process is a major goal for EV and EV tech companies.  One Israeli startup trying to perfect the high-speed car charger has secured approximately $66 million in capital in the last year alone.

Such a huge influx of money is a testament to the importance of this goal.

The three-year old startup, named StoreDot, is working on a prototype EV battery that can charge in as few as five minutes, and provide 300 miles of driving range.

StoreDot’s “FlashBattery” technology is based on proprietary inorganic compounds and a hybrid multifunction electrode (MFE) and promises a theoretical “instant” charge for smartphones and electric vehicles.

Interestingly enough, the battery’s core technology was discovered while pursuing a totally different goal.  Researchers at the University of Tel Aviv found that a certain peptide in the brains of Alzheimer’s patients was an impressive electrical capacitor.  The molecules that make up this peptide could be synthesized and create a nano-scale crystal capacitor.

These “NanoDots” are not only the company’s namesake, but make up the essential element of all of its products so far.  When applied to a thin electrode layer, they can increase its reactivity and let it quickly absorb current from the charger.

Of course, bringing new battery tech to market is difficult, and we’ve seen companies come and go before they can even bring their “revolutionary” new technologies out of the laboratory. StoreDot has already shown prototypes of its quick charging batteries in Samsung smartphones.  Hopefully it can turn its prototypes into a marketable EV product before I have to adjust my stubborn driving habits.

Either that, or Elon Musk will just write a check to the company, acquire the technology, and turn it into reality in his spare time.