California Approves Use of Toxic Chemical in Agriculture

The Not So Sweet Truth about Non-Organic Fruit

"Everyone agrees, without exception, that methyl iodide is a very toxic compound. It's very reactive. That means it interacts with living tissue in very toxic ways, causing cell damage and damage to cell structures, DNA, or chromosomes," Ted Schettler, MD, MPH, and director of science at Science and Environmental Health Network explained in a recent interview.

Methyl iodide is the same pesticide used in farming across the country — for strawberries, peppers, grapes, tomatoes... and has most recently been approved for use in California agriculture. 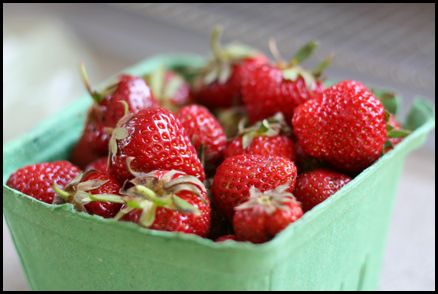 First approved by the Environmental Protection Agency in 2007, methyl iodide seemed like a solution to reducing ozone layer damage, caused in part by methyl bromide, a widely-used component in agriculture during the Bush administration.

EPA approval legalized the use of the pesticide in farming crops, despite the advice and opinions of 53 doctors and researchers (including Dr. Schettler) who strongly urged the EPA to deny federal approval of the chemical for its toxic and dangerous effects.

Methyl iodide, Dr. Schettler explained, can cause various health effects and has been linked to cancer and tissue damage.

"In animal studies, it killed the fetuses of developing animals exposed by inhalation; fetuses were killed at relatively low doses. Nobody doubts it's a nasty chemical."

But the EPA's approval was sealed years ago, and most states in the Union were able to legally treat their fields with a chemical linked directly to cancer...

The good news — if there is good news — is that many states abide by individual state-imposed pesticide registration laws. Washington and New York, for example, rejected the use of methyl iodide in farming.

Florida approved its use, but only under the condition that pesticide makers would monitor air and water quality with its use.

And California recently announced it will approve use of the pesticide in the state's agriculture...

The state that produces ninety percent of the same type of crops this toxic chemical is used for has approved of its use?

The California Department of Agriculture reports the Golden State:

The state’s total production value of all fruits and nuts in 2009 was $11.8 billion. Crops with record production in 2009 were blueberries, raspberries, strawberries, pistachios and walnuts. California accounted for nearly all the national production of almonds, dates, figs, kiwifruit, olives, Clingstone peaches, pistachios, dried plums, raisins and walnuts.

The same state that leads national production of both fruit and vegetable production has approved the use of a pesticide linked with cancer, ignoring the findings and professional advice of more than 50 scientists — including National Academy of Sciences and Nobel laureate researchers.

Alkylating agents like methyl iodide are extraordinarily well-known cancer hazards in the chemical community because of their ability to modify the chemist’s own DNA, as well as the target molecule in the flask, leading to mutations that are potentially very harmful...

Because of methyl iodide’s high volatility and water solubility, broad use of this chemical in agriculture will guarantee substantial releases to air, surface waters, and groundwater, and will result in exposures for many people.

Consumers of the crops treated with methyl iodide aren't the only ones at risk...

Chemists and farmers working with the chemical, and people who live in surrounding areas of California farms, are all at risk from increased exposure.

And what would happen if there were a leak or spill?

Have we learned nothing of the costs and irreversible damage that comes from spills in the last year?

So what can consumers do?

Inform yourself of your state's agriculture laws and the science behind pesticides and how the food you buy and consume is treated and grown, via the Pesticide Action Network's website.

Take a stand regarding agriculture practices in your local and national government. Write your state Congress members regarding current bills to deny, approve, or amend the use of pesticides.

Buy organic fruit, especially varieties that find their place among The Dirty Dozen, a list of 12 fruits and veggies that have the highest pesticide residues. (Strawberries are among peaches, apples, cherries, and others whose skin is eaten as part of the fruit.)

Many consumers who have a hard time coughing up a few extra dollars per pound of organic produce now should have an easier time deciding which fruits and vegetables warrant extra precaution when it comes to pesticides and contamination.

Buying organic takes profit from a market that uses methyl iodide and other chemicals in its production, shifting the supply and demand... Remember that the strongest vote we have is with our dollar.