Clarence Thomas Refuses to Recuse Himself

Either Monsanto is the answer to world's hunger problem... or it's the agricultural anti-Christ set about to bring the world's farmers to their quivering knees.

It really just depends on whom you ask. 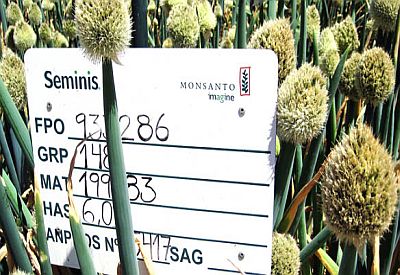 But if you've ever listened to a heated debate on the merits of genetically modified foods, I wouldn't blame you for thinking that these were the only two opinions on the issue.

Now that debate is headed back to the U.S. Supreme Court, and you can bet your Round-Up Ready Sugar Beets that it'll be as heated as ever...

The court will hear Monsanto's third appeal in the Monsanto v. Geertson Seed Farms case, which called for the halt of planting GM alfalfa seeds until an Environmental Impact Statement was completed.

The lawsuit was filed by organizations like the Center for Food Safety, the National Family Farm Coalition, Sierra Club, Dakota Resources Council and other farming groups and environmental associations.

One of the plaintiffs, alfalfa farmer Pat Trask said Monsanto's biotech alfalfa would ruin his alfalfa seed business because his 9,000 acres would be contaminated by the genetically modified crops.

Alfalfa is easily cross-pollinated by bees and wind which directly threaten organic and non-GM farmers like Trask. "The way this spreads so far and wide, it will eliminate the conventional alfalfa industry," said Trask. "Monsanto will own the entire alfalfa industry."

Green Chip Living wrote about the case in January.

But ever since the case was moved into the Supreme Court, there has been a big elephant in the room: Justice Clarence Thomas, a one-time Monsanto employee.

Thomas worked as an attorney for the agricultural giant from 1976 to 1979.

Surely that's a conflict of interest for which a respectable judge like Mr. Thomas would recuse himself from the case...

One justice is recusing himself — but it's not Justice Thomas. Steven Breyer has recused himself from the case since his brother, Charles Breyer, ruled in the original 2007 case.

Thomas has decided to remain, so Monsanto looks as if it will have an obvious advantage when the court convenes. A favorable outcome for the company could lead to serious deregulations of Monsanto's seeds, a nightmarish scenario for farmers like Mr. Trask.

"It's the desire of Monsanto to pursue global control and total control over the American alfalfa seed industry," Trask said.

The opening arguments will commence April 27th. Here's to hoping that Justice Thomas follows Justice Breyer's lead and allows the court to come to an unbiased decision.

Monsanto shouldn't be playing with a stacked deck.