The B Corp Advantage

Welcome to the World of B Corps 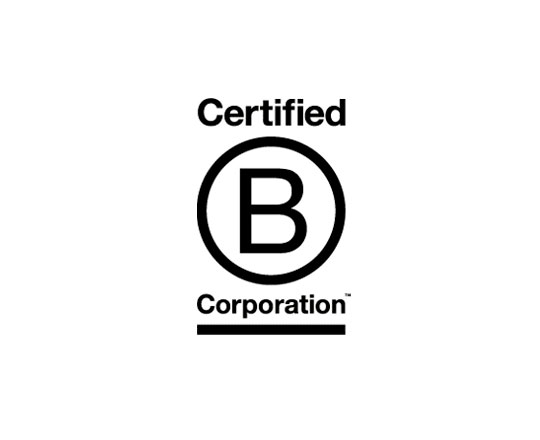 Maryland is my home state. I was born in Baltimore County in the late 70's, and grew up in the rural north of the state with all the other kids whose parents worked at the U.S. Army's oldest active technology testing and experimentation base, Aberdeen Proving Ground.

As a lifelong resident, I have a firm grasp on the state's good and bad qualities.

The persistent drug trafficking problem and its related murder rate are often the only things people know about Maryland, thanks to media portrayals like The Wire.

Not many people know about the groundbreaking moves the state has taken in social enterprise. It's an oft-overlooked benefit to living in the state.

In 2010, for example, Maryland became the first state in the US to allow companies to register as benefit corporations (“B Corps”).

Since that time, 27 states have followed Maryland's lead, passing laws to allow B Corp designations.

B Corps are companies that have a higher calling than just shareholder value. They are accountable for their environmental impact, their contribution to the overall economy, and the needs of their employees.

In most respects, they're like any other company, but profit alone is not enough for a B Corp. Their consideration for the broader impact they make on the world makes them a sort of “double major” among corporations.

The Advantage of B Corp Status

At first glance, it seems counterintuitive. A company that commits itself to Benefit Corporation status is actually committing itself to a more rigorous reporting system.  A company focused on profits has a narrower goal.

However, it carries distinct advantages.

Firstly, it means a company has a concrete pledge to its social responsibility rather than a hollow promise. This helps attract and keep valuable employees who are driven by the vision of a company rather than money.

Secondly, it acts as a preventative guarantee against ethical complaints and lawsuits. If a company has programmed consistent environmental oversight and transparency into its reporting methodology, the likelihood of environmental lawsuits diminishes significantly. The same goes for labor disputes when the needs of the workers are taken into consideration.

Thirdly, it ensures that shareholders are all on the same page with fundamental issues and acts as buffer against hostile takeovers.

There are other advantages to it, which should make B Corps prime targets for impact investors. This is a de facto class of investors who seek out companies, organizations, and funds that generate social and environmental change in addition to making financial returns.

If you focus on green energy for these reasons, you could easily be called an impact investor too.

The thing about B Corp legislation is that it still hasn't passed in every state.

Let's say there is a company based in a state without B Corp laws on the books. They do have an alternative, albeit one with a confusing name.

“Certified B Corps” are regular companies that voluntarily submit to oversight by a third party nonprofit called B Lab.

This alternative has been adopted by more than 1050 companies in 60 different industries. Some of the most recognizable Certified B Corps are Patagonia, Warby Parker, Seventh Generation, Method Products, Etsy, and Uncommon Goods.

Companies can get certified instead of changing their legal status to that of a B Corp, and they're making a similar commitment to their social goals. It's kind of like receiving a USDA stamp of approval, except this comes from a non-government entity.

Rather than a reporting system or definition framework on impact data, B Lab uses an assessment board to determine whether a company fits its standards for certification.

The board reviews four major areas:

To retain their certification, companies must maintain a minimum cumulative score of 80 out of 200 in these categories.

Certified B Corps voluntarily submit to the third party audit that normal B Corps do not. It's a slight difference, but an important one.

As you'd expect, renewable energy companies have gravitated to B Corp status and certification. Catering to the environment is sort of what they're formed to do anyway.

“[We] became a B Corporation because we saw that certification, and alignment with the B Corporation mission, as being a natural outgrowth of our own mission. From our beginnings, we have sought to accelerate the growth in clean energy solutions by serving the triple-bottom-line credo: we treat our people well, we act to protect the planet, and we see profit as essential to our sustainability as a company, but not as an end in itself. We believe that being identified as a B Corporation will help others understand who we are and how we conduct our business.”

Among the list of Certified B Corps, there are 75 companies offering solar power solutions, 30 offering wind power, 4 biofuel companies, and 3 geothermal companies.

You can invest in some of these right now, and some are expected to go public soon. The list of certified B-corps is broad and only getting broader.

Investing in the Solar Panel Shortage
Just like the solar glut, the solar shortage will deliver huge opportunities. Here are some of the best ways for you to participate...
Fiscal Discipline and Smart Investing
With some serious fiscal discipline and a smart investment strategy, you could earn more than a million dollars in twelve years.
Investing in the Tesla (NASDAQ: TSLA) Gigafactory
If you didn't get a chance to enjoy the meteoric run of Tesla Motors (NASDAQ: TSLA), consider investing in the companies that'll help make the company's batteries.

1 Want to End All These Wars on the... 2 GM Deal with LG Chem Further Bolsters... 3 Does Governor Pete Ricketts think... 4 Apparently, Greta Thunberg is... 5 How Democrats and Republicans...

1 Want to End All These Wars on the... 2 GM Deal with LG Chem Further Bolsters... 3 Does Governor Pete Ricketts think... 4 Apparently, Greta Thunberg is... 5 How Democrats and Republicans...
Tweets by @jeffsiegel