Farming is probably the last thing you think of when you hear Detroit...

Detroit has been called "The Motor City," as it was a hub for the American automobile industry, and also known as the "The Rock City," thanks to the band KISS and the late 70s album Destroyer. 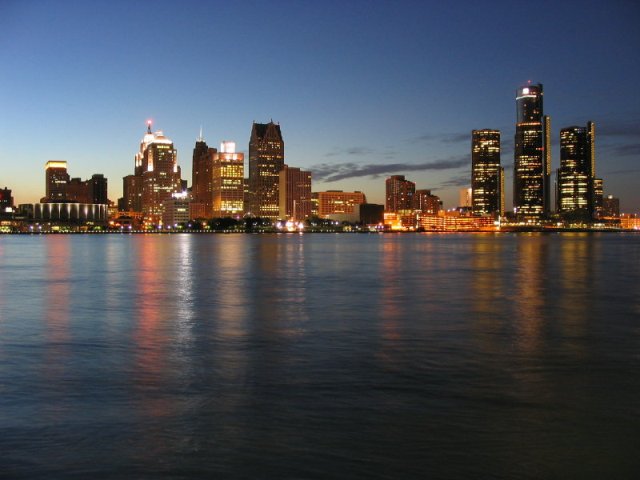 But long before the city earned these monikers, it was once fertile farmland...

And it may soon be returning to its roots.

Since the 1950s, Detroit's population has shrunk from more than 1.85 million people to just 912,000 in 2008. This decline has led to many communities within the city being dominated by vacant lots and empty homes.

Among the various proposals to revitalize the city of Detroit, many of them seem to focus on the concept of urban farming.

One of these proposals came from local businessman John Hantz, a Detroit resident for 20 years and founder of Hantz Farms.

Hantz Farms aims to create the world's largest urban farm in Detroit's vacant areas, returning the city to its origins as rich farmland and making it a model of sustainability.

In an interview with The Atlantic, Hantz explained, “A lot of times people think about urban farming and say, 'There's not even an open piece of property within two hours of my house,' or, 'I don't want to lose that park'...

But this farm takes into account the reality of Detroit. It's a city with 200,000 tax-delinquent parcels, controlled by one of the state's three land banks, and upwards of 30,000 abandoned acres. Given the sheer size of Detroit, you could fit multiple big cities inside.”

“Every year for the last decade, I kept telling myself, 'It's going to get better next year.' But it doesn't get better. It actually even shocks me and gets a little worse. So one day I'm driving and thinking, 'What are we going to do as residents? How's this going to turn around?'

I came up with this economic concept. I said, 'We need scarcity. We have to figure out how to create positive scarcity so that people have a reason to take action.'”

According to Hantz, the farm will provide green jobs for local residents with on-the-job education, a supply of fresh, local produce, a better environment for children, as it will help in cleaning up the garbage and debris that accumulates in vacant lots.

Hantz Farms hopes to reintroduce Detroit residents to the beauty of nature, while also allowing Detroit’s fire, police, and public works departments to better serve city residents when freed from the burden of keeping an eye on and partaking in clean-up efforts in abandoned neighborhoods.

While smaller-scale, volunteer community gardens already exist all over Detroit, city officials have cited various issues that need to be overcome before they can approve larger-scale commercial farming (like Hantz farms) in the city.

Among the concerns of Detroit officials are worries about noise and pollution, a lack of zoning for growing food in the city, and questions over who benefits from any economic gain.

Dan Lijana, a spokesman for Mayor Dave Bing, said urban agriculture is just one of many ideas the city is weighing as part of Bing's Detroit Works plan to reinvent the city.

"Mayor Bing continues to be receptive to all ideas for economic development, including commercial urban farming,” he said. “While no announcement is imminent, conversations and progress continue.”

Hantz, however, is not the only one with a proposal for large scale urban farming that is awaiting city approval...

RecoveryPark is another planned community redevelopment project to include urban farming, proposing to initially farm about 20 acres on Detroit's East Side.

“I think the problem is the city doesn't want to make a decision, quite honestly,” said Director of the RecoveryPark project Gary Wozniak.

"Every time we think we've reached a certain plateau, we get another excuse.... We should be taking risks. We should be looking at this as opportunities... We've asked the city for no money, no tax breaks, no resources other than access to land," Wozniak explained.